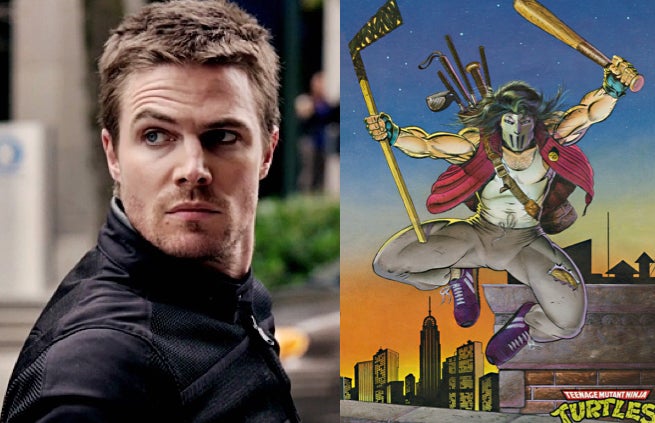 Stephen Amell is swapping his arrows for a hockey stick.

The actor, known to many as Oliver Queen/Arrow on The CW's Arrow, will play Casey Jones in Teenage Mutant Ninja Turtles 2. An outsider who befriends and allies with the Ninja Turtles, Jones is a staple in Ninja Turtles' supporting cast. He has also served as a romantic interest for reporter April O'Neil.

According to reports, Amell was one of six actors who auditioned for the role this past weekend. But as Variety reports, Amell's chemistry with studio Paramount Pictures landed him the gig.

Amell will join returning cast member Megan Fox (April O'Neil) and Will Arnett (Vernon Fenwick) for the Teenage Mutant Ninja Turtles sequel.  Producer Michael will return as well, while David Green will join the franchise as the TMNT2's director.