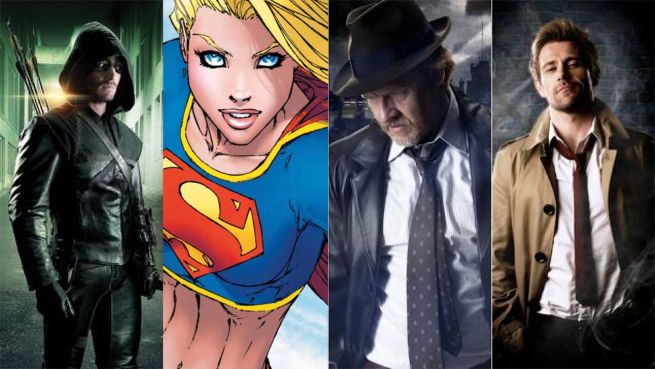 During his panel at Dallas Comic Con's Fan Days this weekend, Arrow star Stephen Amell confirmed that more, new DC Comics characters will be headed to his CW show and broke down the odds of crossing over with various other DC Entertainment properties.

Noting that it would be interesting and fun to cross over with Constantine and Supergirl, he acknoweldged the difficulties of crossing network lines -- and especially as it pertained to Gotham, where the series is taking place in the past.

"It would be interesting. I was saying this earlier. It would be interesting to cross over with Constantine, only because he knows a lot about the Lazarus Pit, which is something that we've introduced in the show this year," Amell told his audience. "It would be cool to crossover with Supergirl because it's something with Greg Berlanti, who's the helmer and sort of the brain trust or the center of the brain trust of Arrow and The Flash and I know so many of the people that are involved in the production of that show so that would be really interesting. And Gotham would be a tough one, just because I think they're out in a different time but the crossover with The Flash was so much fun and did so well that I can't imagine a world -- a universe, no pun intended -- where that didn't happen and continue to happen all the time."

He also again reiterated that we'll see more DC characters beyond The Atom and the Suicide Squad, but he said only "Yup" when asked, and didn't name any in particular.

Marvel's Guardians of the Galaxy's Space Llama Has a Name