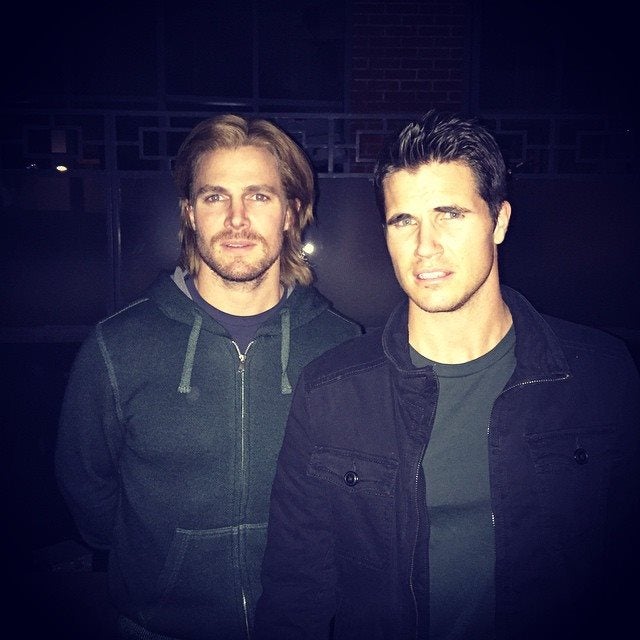 Could Firestorm be coming to Arrow after he debuts on The Flash?

That's a question many fans are asking themselves today after Arrow star Stephen Amell posted a photo of himself with his cousin Robbie, who plays Ronnie Raymond on The Flash, and the caption, "Firestorm on the Arrow set. But why?"

You can check out the image -- in which Arrow's Amell appears in his "Island Oliver" wardrobe, acknowledging that he'll be appearing in the currently-filming episodes without any comment as to the mystery of what comes next after the harrowing final moments of the midseason finale -- above.