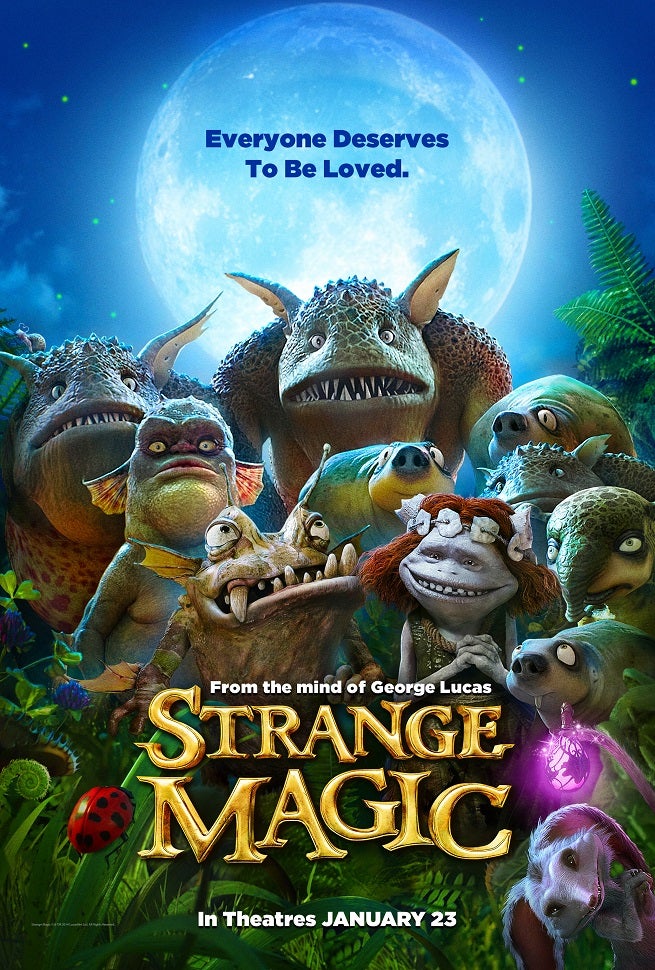 The computer-animated film is ostensibly a "beautiful fairytale" based loosely on William Shakespeare's A Midsummer Night's Dream. But, y'know. With moon goblins.

You can check out the poster above and the official synopsis below.

“Strange Magic,” a new animated film from Lucasfilm Ltd., is a madcap fairy tale musical inspired by “A Midsummer Night's Dream.” Popular songs from the past six decades help tell the tale of a colorful cast of goblins, elves, fairies and imps, and their hilarious misadventures sparked by the battle over a powerful potion. Lucasfilm Animation Singapore and Industrial Light & Magic bring to life the fanciful forest turned upside down with world-class animation and visual effects. Directed by Gary Rydstrom (“Toy Story Toons: Hawaiian Vacation,” “Lifted”) from a story by George Lucas, “Strange Magic” will be released by Touchstone Pictures on Jan. 23, 2015.