Even when DC Comics tries to avoid controversy with Superman, they wind up just creating more Superman controversy. Back in Action Comics #900, DC Comics published a backup story where Superman threatened to renounce his U.S. citizenship, and many outraged fans thought DC had gone too far in publishing that story. Now, DC Comics is catching grief over the Superman story that they didn't publish. The big buzz in the comic book world is how the contents were changed in Superman #712, which arrived in comic book stores today. Superman #712 was originally solicited as starring a Muslim superhero called Sharif. The original description by DC Comics read, "Meet Los Angeles's newest super hero in the latest Chapter of Grounded: Sharif! But Sharif discovers that in today's current cultural climate, some people don't want his help – they just want him gone. Can Superman aid Sharif and quell a prejudiced public, or are there some problems too big even for the Man of Steel to solve?" However, when Superman #712 arrived in comic book stores, it instead featured a story about Krypto the Superdog. On the first page of the story, there was a editor's note that said, "Sorry for the Grounded delay, but in the meantime, please enjoy this lost classic, set shortly after Superboy died in Infinite Crisis and Superman went missing." DC Comics also sent an email to retailers informing them that the change was made because "DC Comics determined that the previously solicited story did not work within the Grounded storyline." 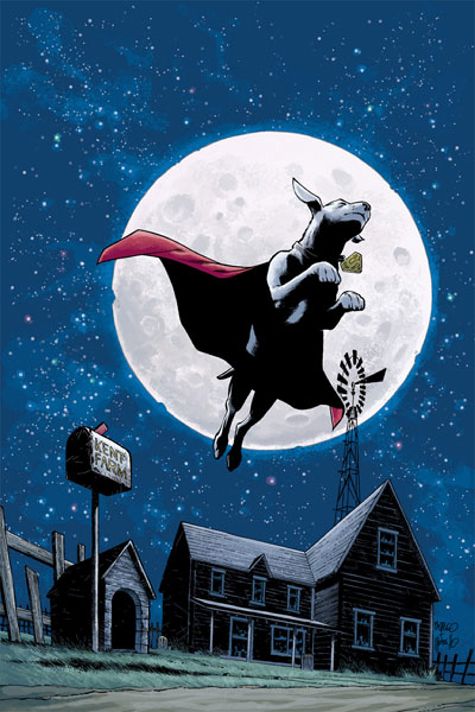 Because the change was announced last minute, even catching some of the creators involved off-guard, there has been much speculation as to the real reason behind DC Comics making the change. Most of the speculation revolves around DC possible wanting to avoid another controversial storyline in light of the uproar over Superman threatening to renounce his American citizenship. Having Superman take a stand against a "prejudiced public" could be interpreted in the press as portraying Americans in a negative light, and furthering the citizenship renouncement controversy. Interestingly enough, the change was apparently so last minute by DC Comics that the DC Comics website still shows the old content description for Superman #712 with the new Krytpo the Superdog cover image for Superman #712.