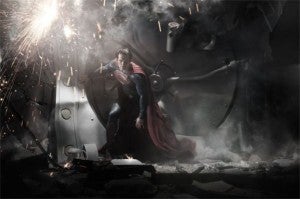 The big news of the day is that Warner Bros. and DC Comics took a pre-emptive strike over photos from the the upcoming Man of Steel movie being leaked out, and they released their own official photo. Probably a smart move, because it allows them to control the first look at the new Superman and avoid a low quality image creating a backlash over the costume. The photo shows Henry Cavill as Superman posed in front of a smashed bank vault door. Reaction online has been a little mixed, but overall the feedback looks positive. On the plus side, Henry Cavill fills out the costume well and looks convincing as the Man of Steel. While there are some changes to the Superman costume, it's close enough to the classic design to satisfy most fans. 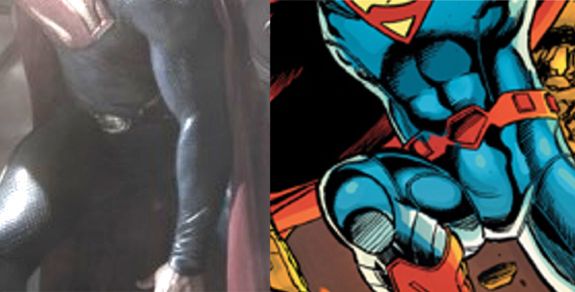 It's interesting that Warner Bros. released a distant photo of Superman in the shadows. It might have been purposefully done to hide elements of Superman's costume that might create the most controversy. For one, it's very difficult to tell if Superman is wearing his red trunks or not. We brightened up the photo, and it definitely appears as if the red trunks are gone. Warner Bros. appears to be going with the all blue pants version of the new DC Universe Superman. 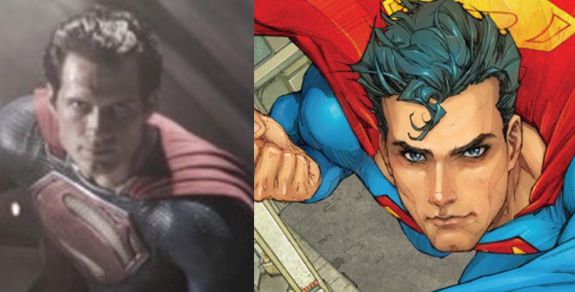 Also, the texture of the costume is hidden in the shadows, but it appears to have a very rubbery look, which is creating some debate, but most seem relieved it's not armor. The biggest controversy seems to be over Superman's hair rather than his costume. Henry Cavill has his hair slicked back and doesn't have the traditional s-shape curl hanging down. Man of Steel is scheduled to be released on June 14, 2013.

Minions: The Rise of Gru Rotten Tomatoes Score Is Out