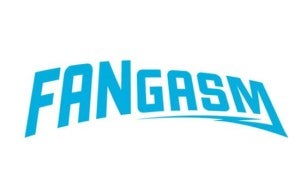 Have you never dreamed of working for Stan Lee? A new series by Syfy is set to give seven fans a chance at realizing the dream of working for Stan Lee. Fangasm (formerly titled Fandemonium) is a new docu-series that follows seven very different people whose niche uber-obsessions run the gamut from comic books and collectibles to science fiction and fantasy to cosplay and live action role playing. Living together and working together at Stan Lee's Comikaze Expo, Los Angeles' largest pop-culture convention, the cast must contend with each others oversized personalities and conflicting passions as they vie for opportunities within Lee's organization. According to Syfy, these roommates will stop at nothing to prove their fan-cred to each other, debating everything from favorite superheroes, Star Wars vs. Star Trek, and even what they would do in the event of a real zombie apocalypse. And while the claws do come out, this hilarious and loveable group is ultimately bound together by a shared joy of fandom. Over the course of the season, the eager group dives into their internships at Comikaze as it prepares for the upcoming Comikaze Expo – the comic, gaming, anime, sci-fi, fantasy horror and general pop-culture expo held each November in Los Angeles.  The massive convention is a year-round business, run by Lee, Regina Carpinelli (who guides the interns as their supervisor) and Cassandra Peterson (better known as Elvira Mistress of the Dark). The pressure is on for the interns, who all have high hopes of earning an actual job with the organization.  Throughout the summer, they are thrust into a myriad of assignments, both in the field and at the Comikaze Expo headquarters.  They pitch comic book ideas to Lee, clean a storage space belonging to Elvira, and pull out all the stops to plan for the star-studded Comikaze launch party. Along the way they get to meet the original Mr. Sulu himself, George Takei, a truly emotional and dream moment for one of the interns. 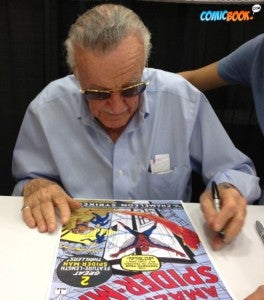 Here's the seven fans that will be participating in Fangasm. ANDREW DUVALL – 27 – Valdosta, GA (Hometown) and Los Angeles, CA - Andrew always dreamed of being the Captain of the Starship Enterprise, but instead he works for Enterprise Rent-A-Car. When he's not in his Star Trek uniform watching Star Trek marathons he can be found playing Magic: The Gathering. Sometimes he'll do both at once. Andrew is self-aware in the best possible way, and loves making people laugh. DANI SNOW – 26 – Burbank, CA - Dani was raised on the original Star Wars movies and the works of Tolkien. Reading Harry Potter and watching Lord of the Rings did not make her popular, but after high school she blossomed socially, and gravitated towards fellow geeks. She's played a pirate at a Renaissance Pleasure Faire, and tours the convention circuit with The Damsels of Dorkington, a comedy troupe. She now spends her days doing special effects makeup on short films, performing comedy whenever she can and using her Harry Potter knowledge at her job to help identify copyrighted material online for the franchise. KRISTEN HACKETT – 23 – New York, NY - Kristin is a single and sexy comic book fangirl living in New York City. She loves that the city she lives in is also the dwelling place of her favorite superheroes, namely Spider-Man and Nightwing.  Her three passions in life are blogging geek culture, comics and fashion.  With All-American good looks she is often hit on by jocks and meatheads; however, she's only attracted to super dorky and nerdy guys.  Her passion for comics and graphic novels is evidenced by her massive collection and commitment to travel the country to attend every comic convention possible, which she covers for her websites.  She admits she is a hoarder when it comes to collectibles, and she was even compelled to create a giant spreadsheet for her collection of 600+ graphic novels.  The obsessions are only overshadowed by her closet full of custom cosplay outfits.  A graduate of the Fashion Institute of Technology, Kristin enjoys designing and creating her own costumes. MIKE REED – 22 – Ybor City District of Tampa (Hometown) and New York, NY - Mike considers himself the ultimate comic book and superhero fan. He loves all DC comics and wants to live his life like Superman.  He's an active cosplayer and founded his own group called Team Avalanche, making amazing costumes and putting on shows across Florida. Even though he's a nerd, he has quite the charm on the ladies. By night he will go to the club with a confident swagger, and by day he will sport spandex. Though he just received an amazing promotion at his job, he's willing to quit for the opportunity to be an intern for Stan Lee's Comikaze. MOLLY McISAAC – 24 – Soldotna, AK (Hometown) and Seattle, WA - Molly is determined to show the world that not all fangirls are "the comic book guy." A self-proclaimed fashionista and cosplay queen, she blasts away nerd stereotypes by being incredibly social and fond of the nightlife. Steadfast in her feminist beliefs, Molly is often labeled a "difficult woman" or "kind of crazy," but it's just because she's incredibly confident and not afraid to be loud if she doesn't agree with someone or something. This makes dating difficult – especially since she only likes successful, professional geeks! But her social views do not mean her geeky interests fall to the wayside: she's particularly fond of anime, comic books, cosplay, video games, and LARPing. With incredibly sharp wit, an army of fanboys, and a secret belief that she's more intelligent than most people, Molly is a powerful force to be reckoned with. PAUL PERKINS – 22 – Sacramento, CA - Getting this internship would be a double win for Paul. In one fell swoop he'd have a job and move out of his parent's house. It's every true nerd's dream! Paul is passionate about all things comic books, sci-fi and Yu-Gi-Oh tournaments. He is a huge film buff with a massive collection of over 2,000 movies.  While Paul is opinionated and outspoken, when it comes to girls he crawls right back into his shell. He lacks confidence around women, which he says is part of the reason he hasn't had a girlfriend in over four years – that and the fact he likes to dress up as a Marvel superhero. SALVATORE FRINGO – 25 – Amsterdam, NY - Salvatore is not what you'd call a shy geek. He's loud and vocal about what he loves, and what he loves are superheroes. While he's a huge fan of the heroes of the Marvel Universe, he doesn't discriminate against any characters because of their publisher. He may not be a gifted engineering genius like his comic book idol Tony Stark, but he does teach kids how to create their own superheroes, all while he dresses like Iron Man.  He thinks of himself as a new breed of geek because he's "attractive, funny, cocky…but with a sweet side." He's hoping that sweet side will be sweet enough to land him his real life Pepper Potts. Fangasm is produced by 495 productions with Executive Producers SallyAnn Salsano and Joel Zimmer. Fangasm debuts Tuesday, September 24 at 10:00 PM ET/PT on Syfy.

CM Punk Remains on AEW Payroll: Will He Return?