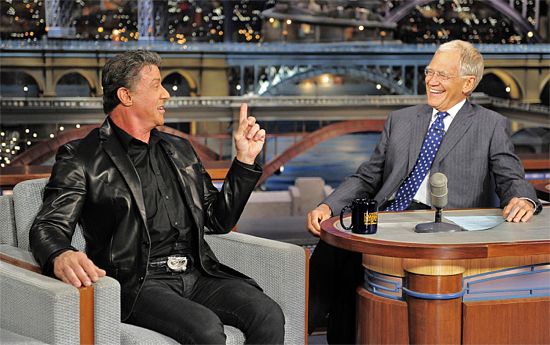 Even though Sylvester Stallone and Arnold Schwarzenegger are now the best of friends, there was a time when the pair did not get along at all. In an appearance on Tuesday night's Late Show with David Letterman, Stallone revealed that he once hated Schwarzenegger.

“We had violent hatred,” said Stallone. “Have you ever had that ever? Competition where you really had an arch enemy that kind of brings out the best in you. I’ve heard you did [looking at Letterman].”

Stallone added, “As Arnold would say, it really pushed you to accelerate.” When Letterman asked what they didn’t like about each other, Stallone replied, “That he was on the planet, basically.”

Stallone and Schwarzenegger star together in the Escape Plan, which is set to be released in movie theaters on Friday, October 18, 2013.