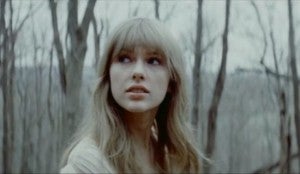 Mark Millar's The Secret Service, the upcoming adaptation from director Matthew Vaughn, may import some star power in the person of Taylor Swift.

The country-rock pop star is reportedly in talks for a role that would require some martial arts training so that she can stand up to Samuel L. Jackson's character in a fight, reports The Mirror, a British tabloid.

The role is nevertheless reportedly little more than a cameo. The story in the comics involved someone who kidnapped celebrities, including Star Wars star Mark Hamill, who has already confirmed he will appear in the movie.

Swift appeared in last year's massive blockbuster The Hunger Games, for which she also performed on the soundtrack. The Secret Service is based on a comic by Kick-Ass co-creator Mark Millar and Watchmen co-creator Dave Gibbons.

Taylor Swift Reportedly Being Considered for The Secret Service