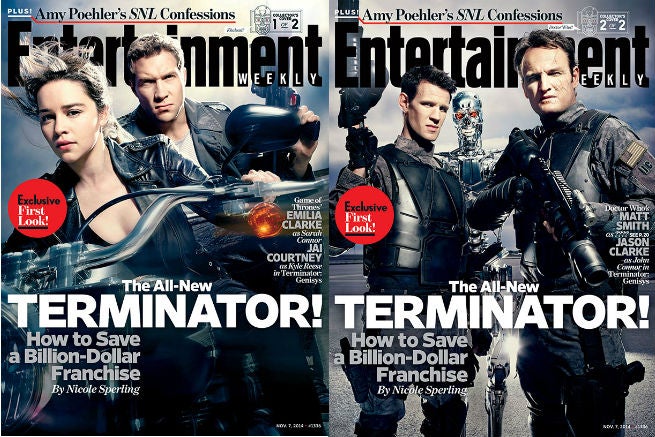 The first official images from Terminator: Genisys have been released on this week's Entertainment Weekly cover. 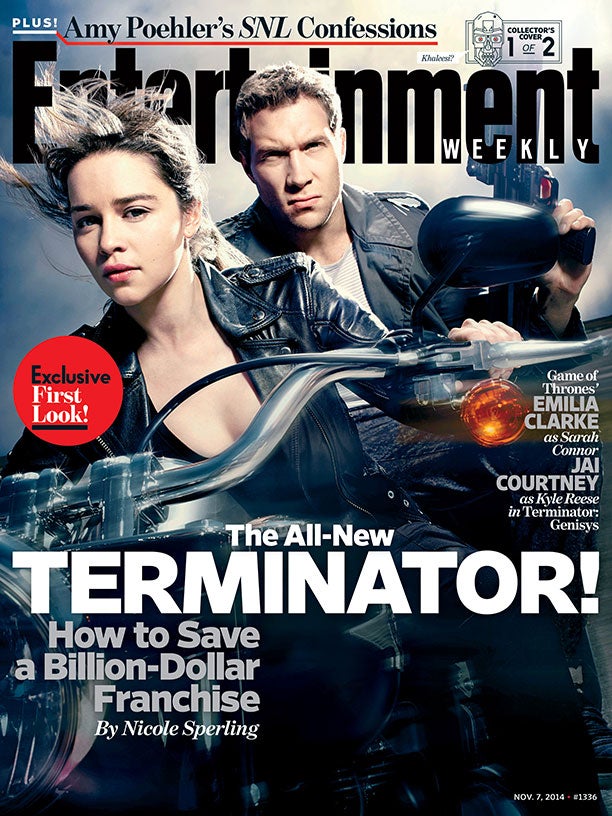 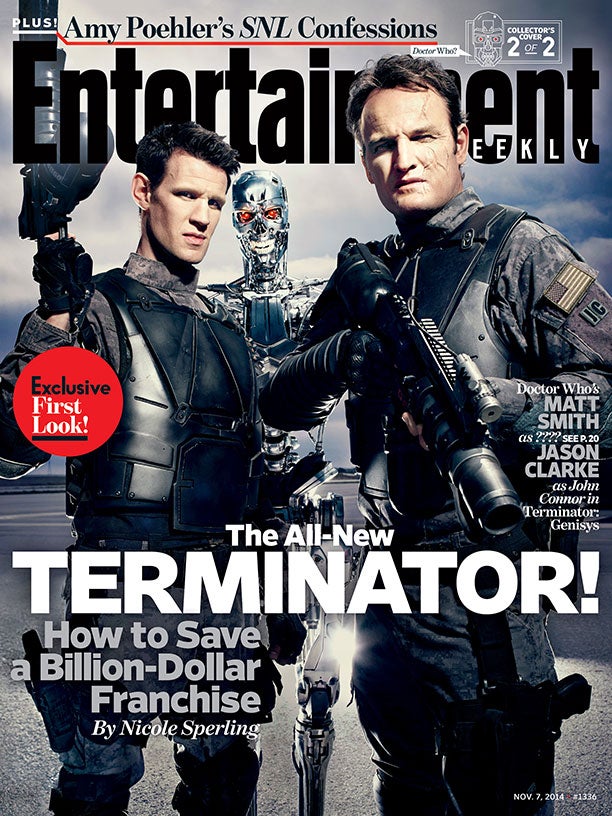 Terminator: Genisys is a kind of soft reboot of the franchise, using the concept's time-travel elements to reinvent itself without explicitly "undoing" the existing movies from continuity.

Here's how EW puts it:

[Sarah Connor] was orphaned by a Terminator at age 9. Since then, she’s been raised by (brace yourself) Schwarzenegger’s Terminator—an older T-800 she calls “Pops”—who is programmed to guard rather than to kill. As a result, Sarah is a highly trained antisocial recluse who’s great with a sniper rifle but not so skilled at the nuances of human emotion.

“Since she was 9 years old, she has been told everything that was supposed to happen,” says Ellison. “But Sarah fundamentally rejects that destiny. She says, ‘That’s not what I want to do.’ It’s her decision that drives the story in a very different direction.”

The film releases in July.

Marvel Teases the End of The Immortal Hulk

Above Suspicion Clip Tests the Limits of Perpetrating Fraud (Exclusive)

Ant-Man and the Wasp: Quantumania Director Announces Start of Prep