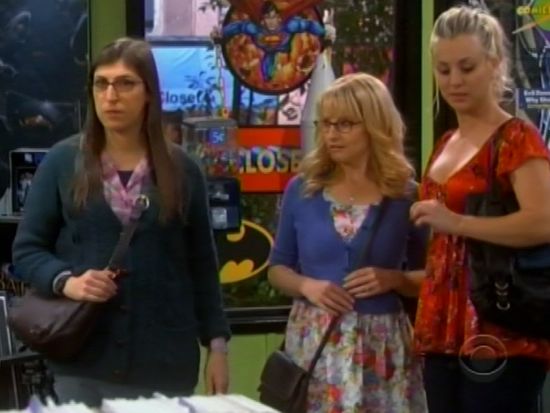 In “The Bakersfield Expedition” episode of The Big Bang Theory, the guys decide to head out to a comic book convention. Meanwhile, the girls have brunch together, and they wonder what is so fascinating about comic books. Penny says, “The four of them work at a major university. They’re all super smart. How can they still be into something made for twelve year olds?”

Finally, the girls decide to visit a comic book shop to find out for themselves. When the girls enter the comic book store, all the guys stop to look. Stuart, the comic shop owner, tells his male customers, “Can you please stop staring? They’re just girls. It’s nothing you haven’t seen in movies or in drawings.”

Bernadette tells Stuart that they are looking for recommendations on comic books, and Stuart says, “Well, I recommend that you don’t open a store and sell them.” Amy asks who the best superhero is, and Stuart says, “You can’t ask a question like that in here. You trying to start a rumble.” Stuart recommends Fables #1 because the artwork is sophisticated, it’s intelligently written, and it doesn’t objectify or stereotype women. However, Penny likes Thor, because he’s hot. 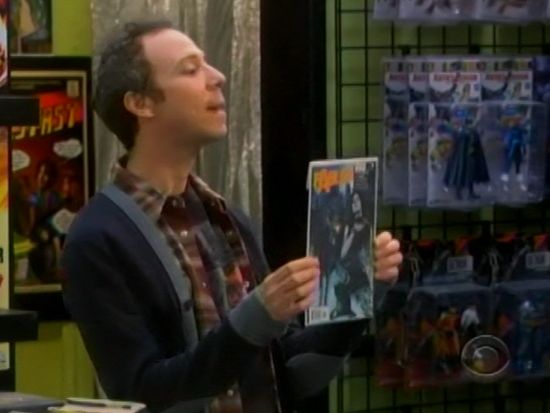 On the way to the comic book convention, the guys decide to stop at Vasquez Rocks and take some Star Trek action photos. As the guys are busy striking poses, someone steals their car. They try to get someone to pick them up to give them a ride, but no one will stop because they are in their Star Trek costumes.

Meanwhile, the girls finish reading their new comic books, and they agree that comic books are stupid. Bernadette says, “It’s crazy they spend hours arguing about things that don’t even exist.” Then, the girls get in an argument over what the rules are in regards to no one else being able to pick up Thor’s hammer. They decide to read their comic books again to find out. 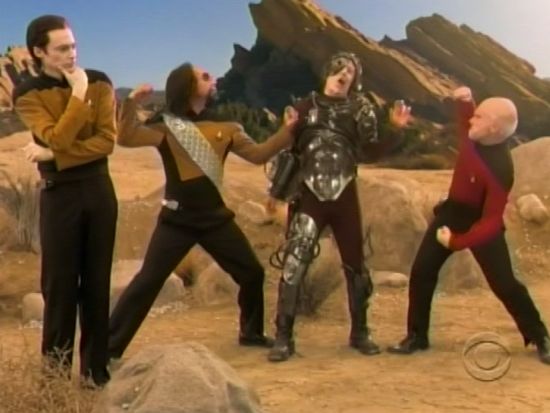 As the guys trudge through the desert in their Star Trek uniforms, someone in a passing car yells “nerds” and throws a slushie that hits Sheldon in the chest. The guys finally arrive at a local diner, and the waitress jokes “Why don’t you ask Scotty to beam you up?” Sheldon replies, “Scotty was on the original series, and we’re Next Generation. So, the joke’s on you.”

Back at the apartment, the girls continue to argue about picking up Thor’s hammer. They finally decide to go check out the guys' boxes of comic books for reference. A police officer interviews the guys about their stolen car. The officer asks, “You guys need me to call someone? I’m guessing your moms.” After the officer leaves, Rajesh still wants to go to the Comic Con, but the other guys are ready to go home.

In the guys’ apartment, the girls are arguing over if it counts if Hulk picks up Thor while Thor is picking up the hammer. When the guys arrive outside, they hear the girls arguing about comic books. Sheldon says, “There’s only one logical explanation. Somewhere in the desert we crossed into an alternate dimension where the women in our lives can finally appreciate great literature.” The guys go in to investigate with phasers set to stun.