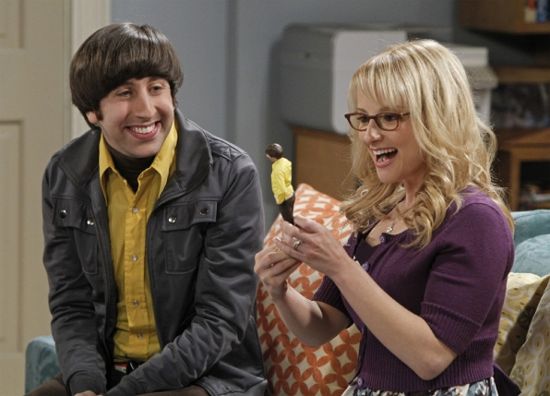 The Big Bang Theory is returning tonight with a brand new episode. The new episode is called “The Cooper/Kripke Inversion.”

According to the CBS description for “The Cooper/Kripke Inversion,” Sheldon is forced to work with Barry Kripke and faces a crisis of confidence. Meanwhile, Howard and Raj spend $1,000 on action figures of themselves.

Of course the biggest question to be answered in the episode will be Penny's question to Sheldon. In the sneak preview, Penny asks Sheldon, "Are you ever going to sleep with Amy?" While the preview doesn't reveal Sheldon's answer, the surprised reaction from Penny hints it's not what she expected to hear.

“The Cooper/Kripke Inversion” episode of The Big Bang Theory airs on Thursday, January 31, 2013 starting at 8 PM ET on CBS.