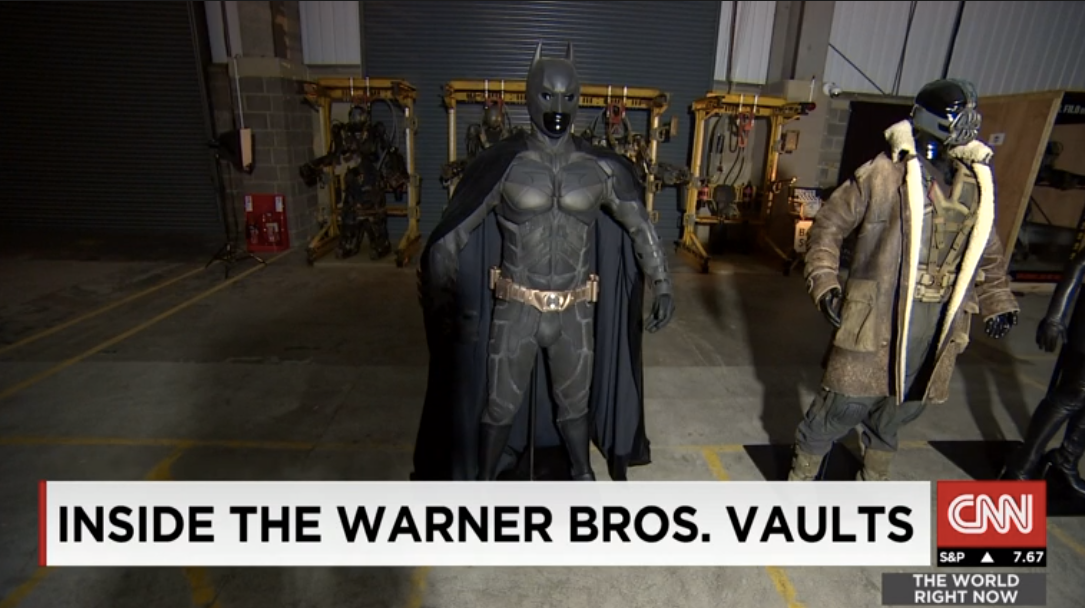 Ever wonder where Warner Bros. put all those wonderful toys from the Dark Knight trilogy once director Christopher Nolan called it a day?

Well, the studio isn't telling. But, they've given fans a look inside the secret warehouse that stores all of the props and costumes from the modern-day Batman opus, along with many of Warner Bros.' other blockbuster franchises.

In a new video released online, Warners showed off the props to some of their best-performing movies, like the aftermentioned Dark Knight trilogy, Harry Potter, Gravity, and more. In the video, fans can get a good look at Batman's batarangs, the batsuit, Bane's mask, Harry Potter's wand, and far more Hollywood magic.

Check out the video, which CNN produced and released, below.

Basically, it's the world's best toy box and costume shop rolled into one warehouse. If only Comic-Con cosplayers could get their hands on its secret location.