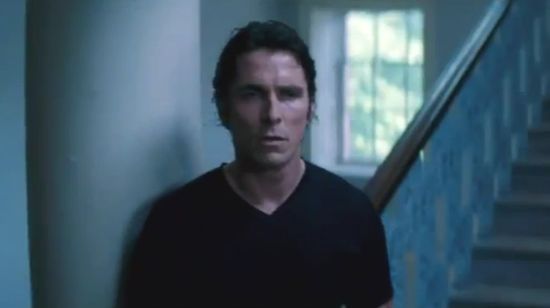 There have been a number of controversies about the upcoming Dark Knight Rises. The most famous of course being the whole controversy about Bane’s voice. While Tom Hardy might be catching heat over the way he sounds, Christian Bale is getting some attention over how he looks in the final part to the trilogy. Batman is a superhero with no super powers. Bruce Wayne is just a guy who gained his incredible strength and athletic abilities through extensive training. In the comic books, Batman has always had a muscular build.

In recent footage and photos from The Dark Knight Rises, Christian Bale looks rather thin as both Bruce Wayne and Batman. Christian Bale lost a great deal of weight for his role as Dicky Eklund in The Fighter, a role for which he won an Oscar. Since losing the weight for The Fighter, many are wondering if Bale might have been unable to bulk back up for his Batman role. Is the result going to be a skinny Batman?

In addition to losing a great deal of weight, Bruce Wayne also appears to have foregone basic grooming. In some images, Bruce Wayne is shown with scraggy hair and a beard and mustache. He almost looks to be channeling a reclusive Howard Hughes.

Now, the big question is whether Christian Bale is a skinny Batman because he had trouble bulking back up or if it is all part of Christopher Nolan’s brilliant filmmaking. A scene from one of the trailers shows Bruce Wayne doing pushups, so part of the story is that he needs to get back in shape. Will Batman stay skinny throughout the movie? Or will we actually see him put on muscle during the course of the movie?