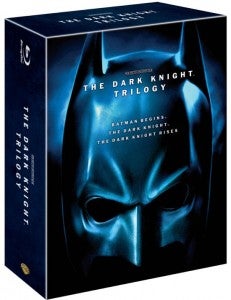 When The Dark Knight Rises DVD and Blu-ray were officially announced a couple days ago, some fans were disappointed that the extras listed didn’t appear to contain any deleted scenes. Ever since news leaked out that there was a Bane origin scene that didn’t make the final cut, fans have been speculating and hoping to see that scene and possible other deleted scenes.

Could some of the seventeen featurettes in this section include deleted scenes? There is a section that Warner Bros. lists under the category of Characters that includes The Journey of Bruce Wayne, Gotham’s Reckoning, and A Girls Gotta Eat. Assuming the Gotham’s Reckoning featurette focuses on Bane, it seems like it might be a good place to include the deleted scene of Bane’s origin. There could also be other deleted scenes that we don’t even know about included in some of the other featurettes.

If neither the Blu-ray or app featurettes reveal deleted scenes, there is yet still one more possibility. Warner Bros is also releasing The Dark Knight Trilogy Limited Edition Giftset, which includes all three of Christopher Nolan’s Batman films. While this initial release will apparently include the same Dark Knight Rises Blu-ray or DVD that is being released individually, there is another very interesting revelation in a recent Warner Bros. press release.