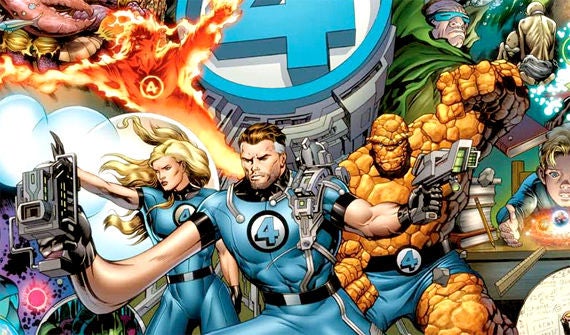 Well here we go folks, our first synopsis for The Fantastic Four has popped up and it's everything you could ever wish it was. Director Josh Trank and writer Simon Kinberg have been very careful about what they've been saying about the movie since it went into production (and finished) but it looks like with this small bit, it could be the start of more news starting to pop up. That being said, outside of some interviews here and there from the cast, fans aren't sure what to expect from this reboot.

Luckily, thanks to Rotten Tomatoes, the synopsis is below.

THE FANTASTIC FOUR, a contemporary re-imagining of Marvel's original and longest-running superhero team, centers on four young outsiders who teleport to an alternate and dangerous universe, which alters their physical form in shocking ways. Their lives irrevocably upended, the team must learn to harness their daunting new abilities and work together to save Earth from a former friend turned enemy.

There are some nuggets to pick out from this bit of news. We all knew this was going to be a "contemporary" look at the franchise, but what's interesting is the "teleport" aspect of the story. We've heard rumors of the team's trip to the Negative Zone, but as far as comic fans are concerned, it's like that closet in your house you wish nobody ever went in or looked at. Either way, we're left to read way into the 60 or so words that have seemingly been provided by FOX.

So what say you? Does this little synopsis give you hope?