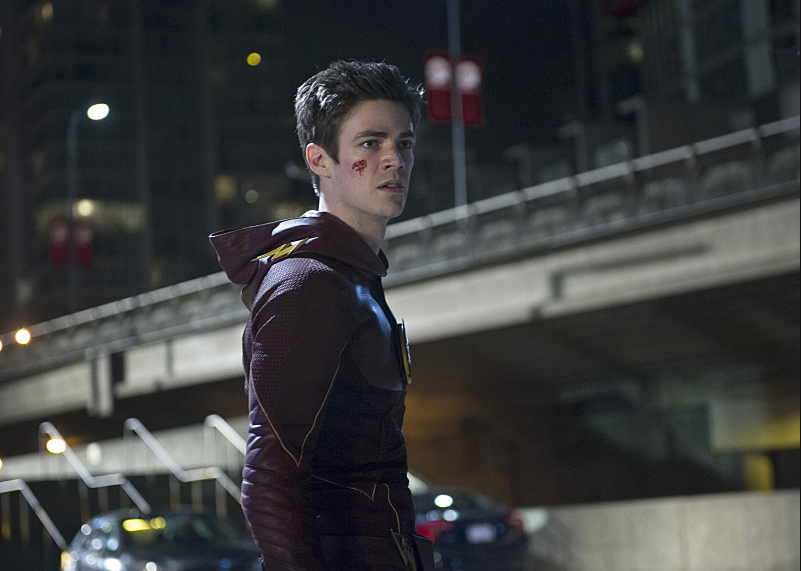 Tonight's midseason finale of The Flash will not only be special for introducing The Reverse Flash, but also for fitting in an extra two minutes of show time.

According to series executive producer Andrew Kreisberg, "The Man In The Yellow Suit," was filled with too many important moments to leave on the cutting room floor. In a conversation with Collider, Kreisberg explained that he wanted to give equal attention to the action and emotion, and that required going beyond the series' typical time limit.

As Kreisberg explained it:

"As much as this episode is the biggest action, the biggest visual effects and the biggest canvas that we've ever painted on, in these first nine episodes, there's also so much heart and humor and emotion. Invariably, some of that great stuff ends up on the cutting room floor, just simply for time's sake. We really credit Mark Pedowitz and everyone at The CW for being so supportive of us. They didn't want a single minute to get lost, so they gave us the extra time. It really benefits the episode because there really is not a wasted moment in it. It would have been a real shame for one of these great moments to wind up in the dust bin and not be a part of making this episode as amazing as it is."

Tonight's episode also promises to deliver several answers regarding Barry's mother's murder, and the Allen family's connection to Reverse Flash. Naturally, Kreisberg also teased that for every mystery The Flash will solve tonight, a new one will emerge for the premiere season's second half in 2015. They have to keep the fans coming back for something.

"Hopefully, people will find this a satisfying conclusion to the first nine episodes while also feeling like a springboard for the rest of the season," he explained.