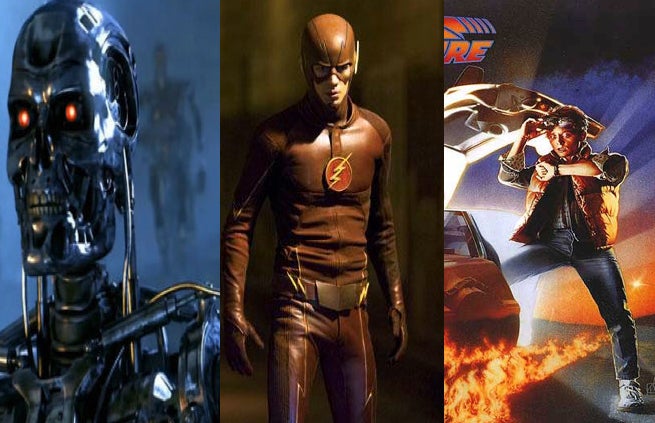 When The Flash travels through time later this season, the experience is going to be a mixed bag for Barry Allen and his crime-fighting compatriots.

After Barry inadvertently stumbles into the Speed Force, he'll find himself transported into the past. And according to series executive producer Andrew Kreisberg, the ordeal will facilitate the show's most comedic moments--along with its darkest.

The groundbreaking trip will initially disorient the Flash, but he'll soon discover just what's happened to him. After that revelation, the past counterpoints of his friends—Cisco, Joe, and Caitlin--will quickly catch up. This will facilitate the episode's lighter moments, according to Flash actor Grant Gustin, as the typically nerdy Cisco will geek out over the overwrought details of Barry's temporal displacement.

But once the initial shock of traveling through time passes, Barry will realize that he has an incredible opportunity to prevent his mother's murder. "He doesn't know yet to maybe not do that, but that's where Barry's at when he realizes what he's just learned that he can do, that he can maybe save his mom," Gustin said.

Blind to the consequences of tampering with the past, there's no saying what type of damage Barry could do to the present. Many speculate that Barry will try to stop the Reverse Flash from killing his mother, as evidenced by the red streaks of lightning viewers saw on the night of her murder. But Kreisberg promised that once Barry does spark a change, he'll incite the series' biggest shake-up yet.

"After that episode," Kreisberg teased,"Things are never going to be the same on The Flash."