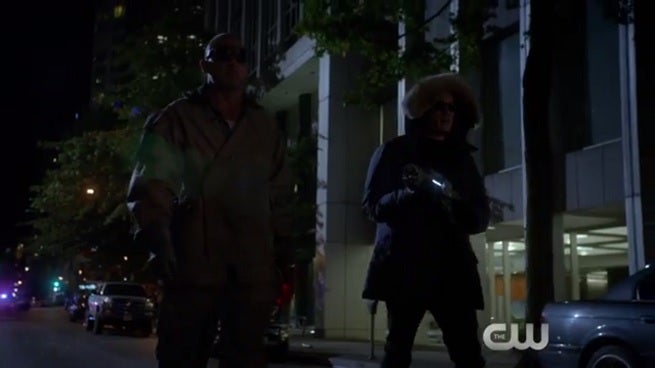 The CW has released an extended trailer for the upcoming crossover event between The Flash and Arrow, which among other things reveals that Captain Cold and Heat Wave will make an appearance in the episode.

It gives a good sense for the humor and character moments that will be on display in the crossover, a change of tone from previous trailers which have focused almost exclusively on the action.

The Flash Vs. Arrow Extended Trailer Released, With First Look at Heat Wave