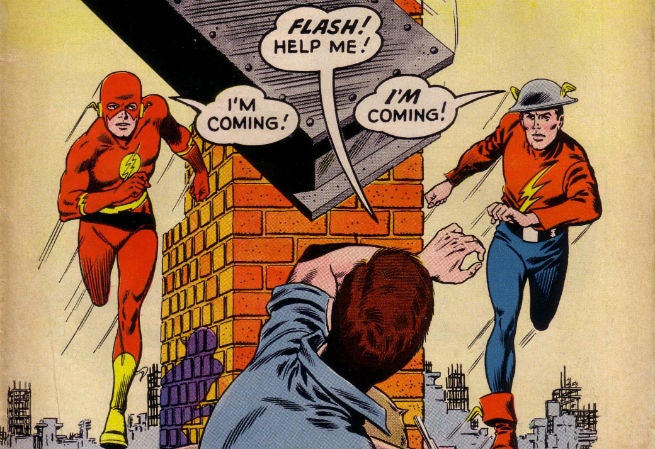 Tonight's episode of The Flash is expected to be crazy -- but little could be crazier than the idea of a mainstream, live-action TV series introducing the DC multiverse.

And yet, that seems to be coming, with series star Grant Gustin saying in a recent interview that he believes Earth-2 will be depicted on the show coming up and set photos seemingly showing the Mercury-inspired helmet of Earth-2 Flash Jay Garrick near a Time Sphere being piloted by the Reverse Flash.

Jay Garrick was the first Flash, created in 1940 and a member of the Justice Society of America. His appearance in The Flash #123, in a team-up with Barry Allen, represented the introduction of DC's multiverse. 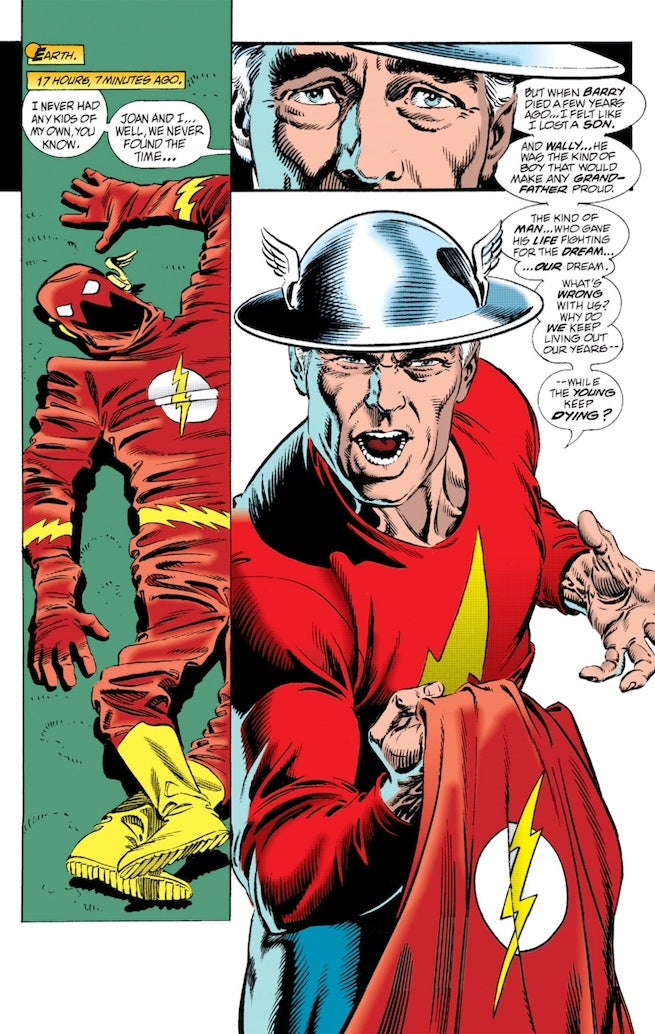 Prior to the Crisis on Infinite Earths, Garrick and the other Golden Age heroes were shunted off to Earth-2, so that their histories could remain intact but they could make way for younger versions to be the "main" heroes of the DC Universe, including new versions of The Atom and The Flash, as seen on the CW shows.

Following the events of Crisis, that alternate earth was one of the ones rolled into the main DC timeline, meaing that the heroes shared a single world and continuity, but that the Earth-2 heroes' adventures had happened primarily in the '40s and '50s, whereas the younger generation of heroes first appeared in the early '80s.

All of this was eventually reworked again by Flashpoint, which once again merged a number of worlds into a single timeline, but at the same time separated the Earth-2 heroes off onto their own corner of the multiverse again. Recent stories like The Multiversity and Convergence have featured the multiverse heavily.

There had been a previous Jay Garrick Easter egg -- "Garrick's Wharf" was a location in Keystone City when the Central City PD visited there -- but there has been no reference to a previous Flash. Since the Crisis hasn't happened yet on The Flash, it's likely safe to assume that this indicates that Wells is traveling through the multiverse. It's easy to speculate that his smile means that he's killed Garrick and is making his way around the multiverse taking out other speedsters...but Tom Cavanagh is also a noted goofball on set, so it's possible he's just making a show of how much he enjoys the forklift/Time Sphere ride.

Last week during a Reddit AMA, series star Danielle Panabaker said that "I'm excited about the potential of Jay Garrick."

The season finale of The Flash airs Tuesday at 8 p.m. ET/PT on The CW. That episode will reportedly feature characters from DC's Legends of Tomorrow.

The Flash: Who Is Jay Garrick?