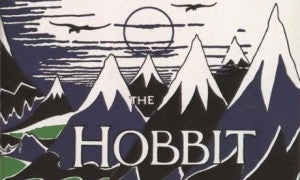 In a blog post on the social network LinkedIn, a former low-level publishing house employee admitted to having made a potentially catastrophic mistake which, in hindsight, is pretty amusing.

Check out the following post from management consultant Tony Coll:

With everyone talking about the Hobbit film, I think it’s time to confess that I almost ended the careers of J R R Tolkien, Peter Jackson and Martin Freeman.

It was many years ago and I had a school holiday job at Longmans, Tolkien's publishers. Part of my job was to go through the file cards (pre-computers - ask a grown-up to explain...) which listed the sales of each book for each week. If sales of a title diminished down to below a hundred or so, you'd assume that no one wanted it any more and initiate the procedure to declare it out of print and pulp the few remaining copies.

I had attempted to put The Hobbit - one of the company's best sellers - out of print.

The dwindling sales figures simply meant it was selling so well that the warehouse was running out of copies, and a reprint was urgently needed. Luckily my error was spotted by a sharp-eyed (=non-d---head) colleague and the procedure was halted before any damage was done.

Had it not been spotted, several stellar careers and the whole of the New Zealand film industry might never have seen the light of day.

After my little mishap with the file cards, my work was closely watched and my nickname became “The Vile File”.

Moral of the story: When you think you’re being a smart-arse, don’t overlook the blindingly obvious (I e the title of the book staring you in the face!)