Avengers: Age Of Ultron star The Hulk/Dr. Banner is the focus of the cover story for the latest issue of Rolling Stone magazine. They provide some new insight into the character from the actor (Mark Ruffalo) that plays him to the director (Joss Whedon) that controls him.

"Now, Hulk is doing some acting," Ruffalo told Rolling Stone. "He's not just raging. He's transitioning in and out of Banner, and that has its own inner life to it. We haven't even started to get into who the Hulk really is, what makes him tick. What is he fighting? What is he struggling against? What is he afraid of? We're only scratching the surface of it."

Check out the cover of Rolling Stone featuring The Hulk, which will be available at newstands (do they still exist?) April 24th! 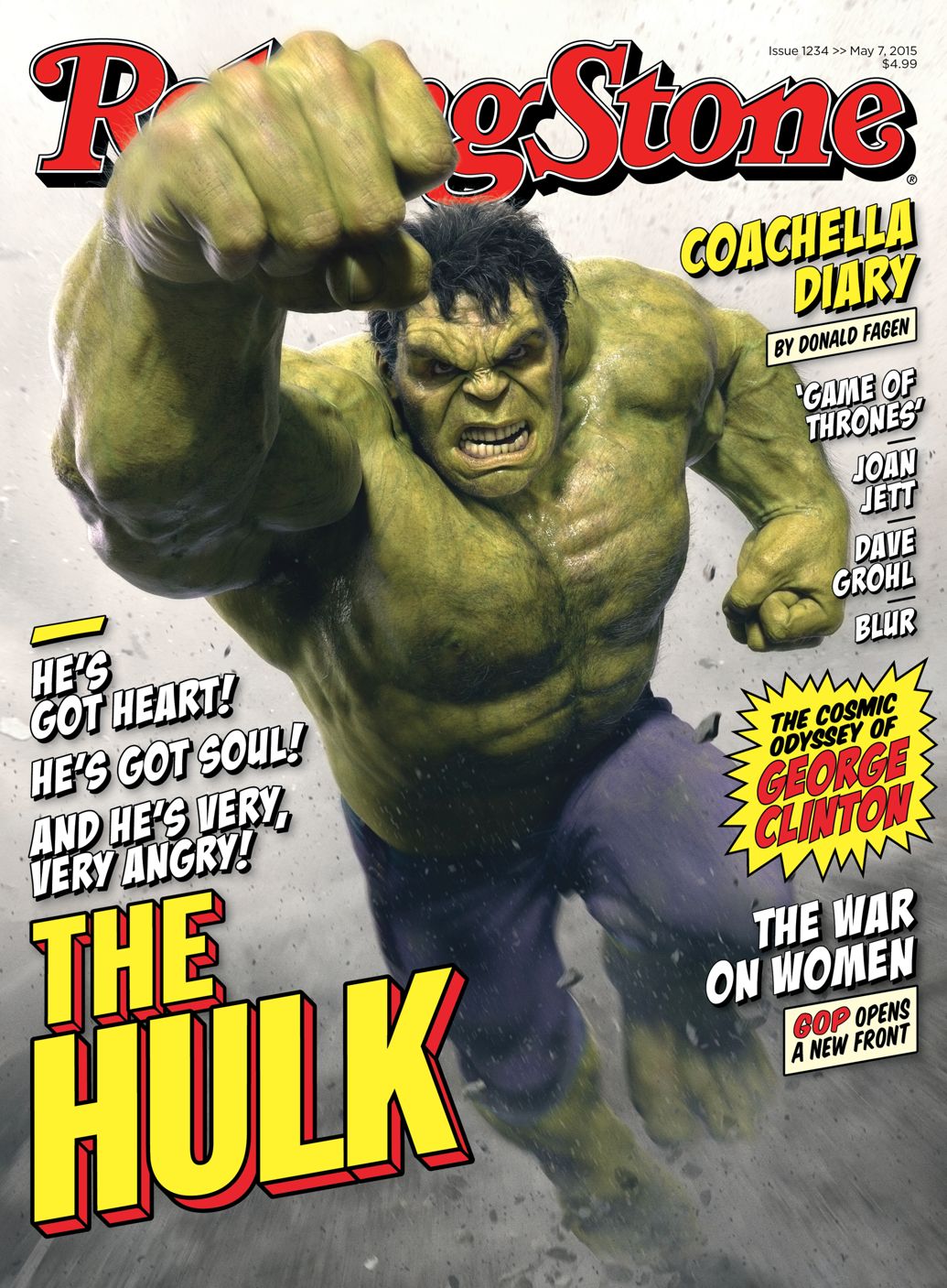 The Hulk Makes The Cover Of Rolling Stone