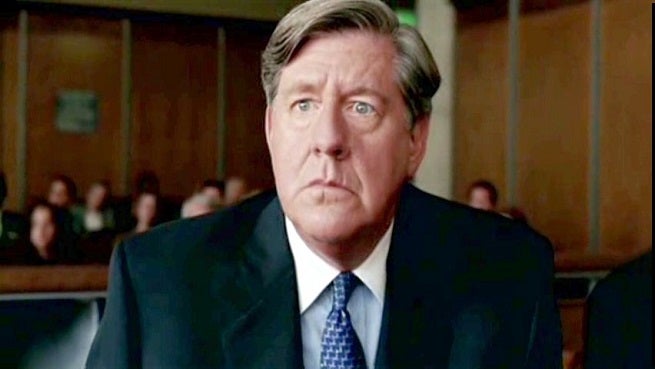 Edward Herrmann, the award-winning stage and screen actor who appeared in Richie Rich and The Lost Boys, has died, Buzzfeed News reports. He was 71.

Best known for his role of Richard Gilmore on The Gilmore Girls, the beloved character actor had five Emmy Award nominations, including two for playing Franklin D. Roosevelt in Eleanor and Franklin and its follow-up Eleanor and Franklin: The White House Years in the late '70s. In 1982, he reprised the role in Annie, the first and best-known adaptation of the comic strip character and stage musical.

He also appeared as Senator Warren in the failed attempt to bring Wonder Woman to the smmall screen in 2011.

Among his decades of other TV and film work were Oz, St. Elsewhere and Liberty!: The American Revolution, for which he provided the narration.

Herrmann, who had a distinct and dignified voice, also did audiobook work during his later career. He has recently appeared on The Good Wife, Black Box and How I Met Your Mother.