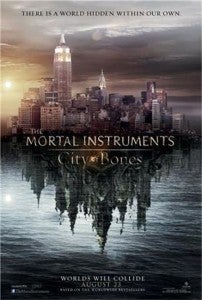 Women and children seem to have made all the difference at the box office this weekend, as horror and genre stories took a back seat to comedy, drama and a surprisingly strong performance form Disney's latest animated film.

The Mortal Instruments: City of Bones made just $14 million at the box office this weekend--that's about $1 million less than Sony was hoping for the film, which adapts a young adult novel by Cassandra Clare, but enough to score #3 at the box office.

That's not a bad performance for a movie that wasn't expected to crack the top five on Thursday. It's also enough to make it the top-grossing new release of the week, beating out critical darling comedy The World's End and the indie horror favorite You're Next. 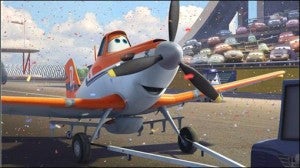 The opening is also almost identical to that of the most recent young adult adaptation that hit theaters, Percy Jackson: Sea of Monsters. That movie cost $90 million to make, though, versus a more modest $60 million for The Mortal Instruments. Fans of the franchise will wonder whether this opening is enough to merit a sequel for the film, since there are currently six books in the series. As with Percy Jackson, though, it will depend largely on the film's international take, its home video numbers and what kind of longevity the film has.

Last week's #1 The Butler repeated this week, while We're The Millers came in at #2. Disney's Planes, a spinoff of the Pixar Cars franchise, and The World's End rounded out the top five.

Kick-Ass 2 will have to wait another week before it's broken even at the U.S. box office; the $30 million action-comedy based on a comic book by Mark Millar and John Romita, Jr. barely squeezed its way into the top ten and has made $23 million to date after a $4.5 million weekend.

The Mortal Instruments: City of Bones a Surprise Hit This Weekend