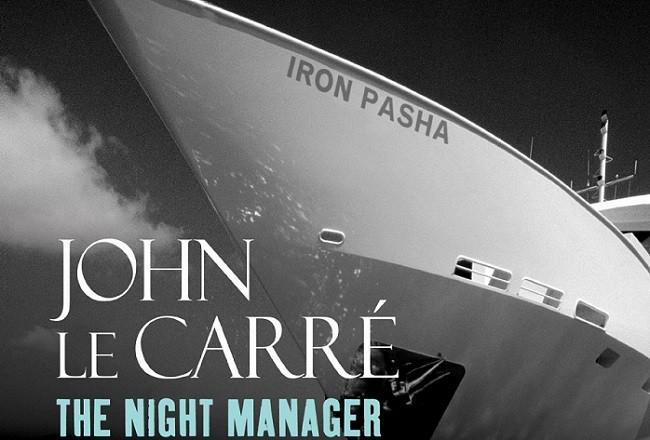 The drama will be co-produced with BBC One, and AMC will get the U.S. and Canadian rights to the miniseries, which is set to begin filming in spring 2015. Susanne Bier, who won an Academy Award for In a Better World, will direct.

A contemporary interpretation of le Carré's espionage drama – and the first television adaptation of a le Carré novel in more than 20 years – The Night Manager mini-series will bring together love, loss and revenge in a complex story of modern criminality. The eagerly anticipated series follows former British soldier Jonathan Pine (Hiddleston) as he navigates the shadowy recesses of Whitehall and Washington where an unholy alliance operates between the intelligence community and the secret arms trade. To infiltrate the inner circle of lethal arms dealer Richard Onslow Roper (Laurie), Pine must himself become a criminal.

"I could not be more excited to join BBC One, The Ink Factory and AMC for The Night Manager," Hiddleston said. "Jonathan Pine is a thrilling prospect. Described by John le Carré as a 'sometime army wolfchild with a special unit' in the British forces, 'caterer, chef, itinerant hotelier, perpetual escapee from emotional entanglements, collector of other people's languages, self-exiled creature of the night and sailor without a destination,' Jonathan Pine is the most mysterious and complex kind of British hero. It's an honor and a privilege to work with such truly impeccable collaborators as Hugh Laurie and Susanne Bier in bringing this to the screen. David Farr's screenplay, adapted from le Carré's brilliant novel, is absolutely outstanding. I'm beyond thrilled and I can't wait."

"I loved The Night Manager when it was published, and for more than 20 years have yearned to see it realized on screen," said Laurie. "I am now thrilled and honored to have the frontest of front row seats. All the moving parts are finely machined – we just have to not mess it up."

"John le Carre's The Night Manager is a relentlessly exhilarating thriller with profound emotional depths," Bier said. "Its narrative is carried by two secretive, alluring protagonists, Roper and Pine. David Farr's elegant script perfectly orchestrates the central cat-and-mouse game between these two irresistibly flawed characters. That Hugh Laurie and Tom Hiddleston will be playing Roper and Pine, respectively, is so thrilling to me. Their shared soulfulness, precision and sharp humor will seduce us all, both through Roper's charming yet insidious manipulations and Pine's unsettlingly enigmatic struggle to do the right thing. It is a great honor to be directing The Night Manager and to be part of the collaboration between AMC, BBC1, The Ink Factory and Stephen Garrett. I could not be more excited."

Published in 1993, The Night Manager is one of le Carré's most beloved and critically acclaimed books. A fusion of spy story and tale of organized crime, the novel was a best-seller in the United States and the U.K., translated into over 20 languages and selling over a million copies in North America alone.