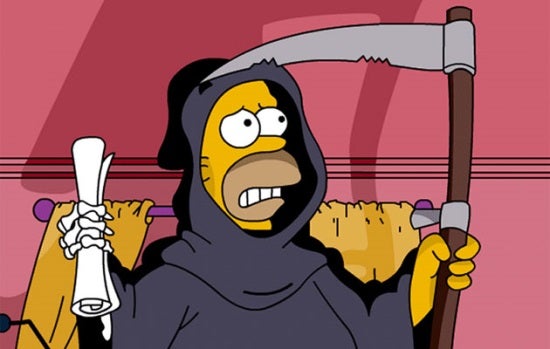 Executive Producers Al Jean and Matt Selman compared the upcoming death of a character from The Simpsons to Game of Throne’s Purple Wedding.

“This is going to be a bigger deal than King Joffrey on Game of Thrones – the Yellow Wedding!” Jean told TV LIne. “The character that dies is portrayed by an actor who won an Emmy for playing that character. People who reported on it then reported we were killing an ‘iconic’ character; I’d like to say it’s a great character, but I never used the word ‘iconic.’ It’s a terrific character and it [happens in] our premiere this coming year.”

The Simpsons death will occur in the Season 26 premiere. It’s just one of several interesting episodes in store for the Simpsons family, including the Lego episode airing this Sunday, May 4, and the Season 26 crossover with Matt Groening’s other creation, Futurama, titled “Simpsorama.”