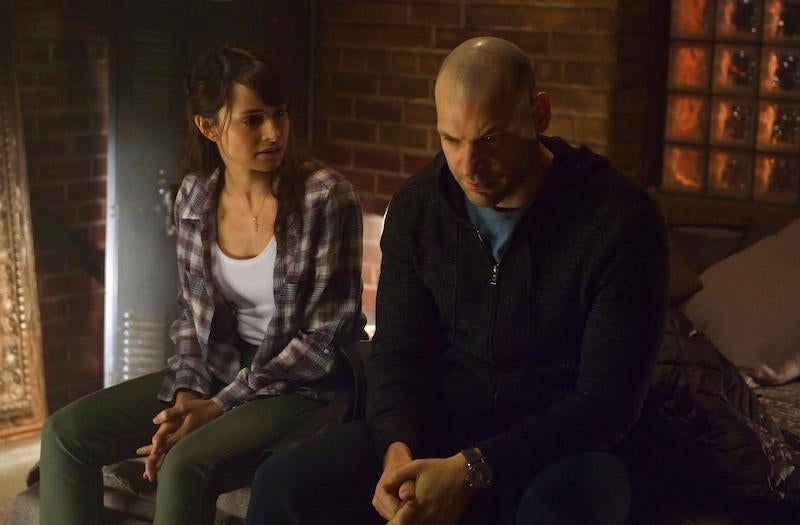 "Intruders" opens with Eichorst (Richard Sammell) picking out a wig for Kelly (Natalie Brown), and teaching her how to do her make-up. He explains that she will soon be able to speak normally in addition to looking the same as she did before – making it easy to hook Zach.

At the team's headquarters in Brooklyn, Ephraim (Corey Stoll) suggests that he shoot Eldritch from afar, and Fet (Kevin Durand) recommends an arms dealer to him. Nora (Mia Maestro) asks Eph if he knows anything about Barnes, which he denies. Then, Eph and Zach (Max Charles) go to the dealer, where they find that he has been shot. His daughter, who also works there, begs Eph to help, once Zach reveals that he is a doctor. She pulls out an emergency surgery kit form their warehouse, and Eph gets to work.

Meanwhile at the Stoneheart, Eldritch (Jonathan Hyde) and Coco (Lizzie Brocheré) wake up in the same bed together. Coco is growing way of all of Eldritch's secrets, especially concerning Eichorst. Eldritch meets with the Cardinal McNamara (Tom Kemp) later that day and offers half a million dollars in gold for the Occido Lumen, but the cardinal says there is another bidder. Their meeting is interrupted by Eichorst, causing the cardinal to leave. When Eichorst reveals that the Master has taken Bolivar as his new vessel, Eldritch taunts him.

Later that day – Fet and Abraham (David Bradley) meet with the cardinal to obtain the book as well, which has now risen to the price of $750,000 in gold. Abraham immediately agrees, but the cardinal says he must wait as well – because of the other bidder. Outside, Abraham tells Fet that they will simply steal the book.

Elsewhere, Eph fixes up the dealer with the help of his makeshift assistant, Zach, and Eph is compensated with the gun he wanted. Zach wants to know why Eph can't just try to fix Kelly, just like he fixed the man, and the father and son argue once again. 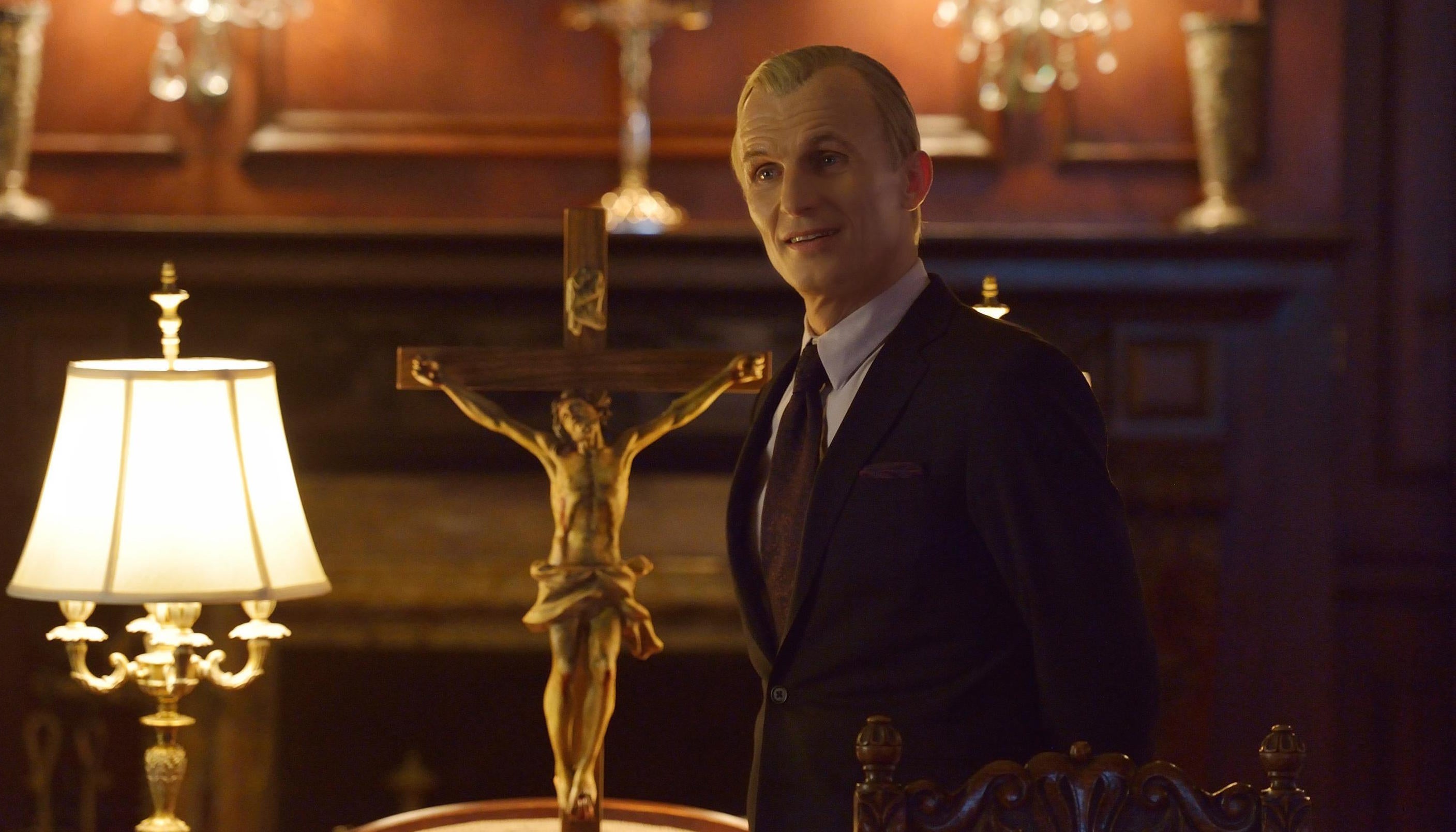 Kelly is then shown driving a car, looking exactly like her old self. She barely makes it through a checkpoint to Brooklyn, when a vehicle behind her has a vampire and steals the guards' attention. She brings with her the Feelers, who are waiting in the trunk.

That night, Gus (Miguel Gomez) and Angel convince the Gupta family to leave their restaurant and go somewhere safer. The Gupta's daughter, Aanya, asks Gus to join them, he accepts, and they kiss. The moment is shortlived, when Quinlan (Rupert Penry-Jones) appears and pulls Gus aside for a private word. He explains that he doesn't work for the Ancients but that his goal is kill the Master. Gus doesn't want to be a part of it, but Quinlan explains that it is the only way for him to save Aanya from harm. Gus accepts.

Next, Eichorst goes to the cardinal to get the Occido Lumen, which now goes for one million dollars. Eichorst offers the cardinal his life instead, and when he doesn't accept, Eichorst begins to turn him. This way, the Master will be able to read his thoughts and locate the book. At the same time – Fet and Abraham happen to be breaking in. They catch Eichorst and try to shoot him, but he escapes. Abraham offers to kill the cardinal before he officially turns, in exchange for the name of the person who has the book: Rudyard Fonescu, from the convent earlier in the season.

Slightly after, Eldritch and Coco get the news that the cardinal has been murdered, prompting more questions fro her. When Eldritch won't spill, she leaves angrily.

The episode ends when Eph and Zach return home to Nora. She and Eph begin to argue upstairs, because she can sense that he's not telling her everything about his trip. He finally admits to killing Barnes and basically alludes to sleeping with another woman. Before Nora has the chance to really respond – Eph realizes that something is going on downstairs.

Kelly is in the window, trying to convince Zach to let her in. She looks and sounds totally normal. Just as Eph is running down the stairs, Zach lets her in. Nora tries to shoot her, but misses. The Feelers follow Kelly inside, and Zach accepts very quickly that the Kelly he let inside is not his mother. She almost infects Eph, but Nora saves him just in time. A few of the Feelers leap in front of Kelly to save her from gunshots, and she escapes.