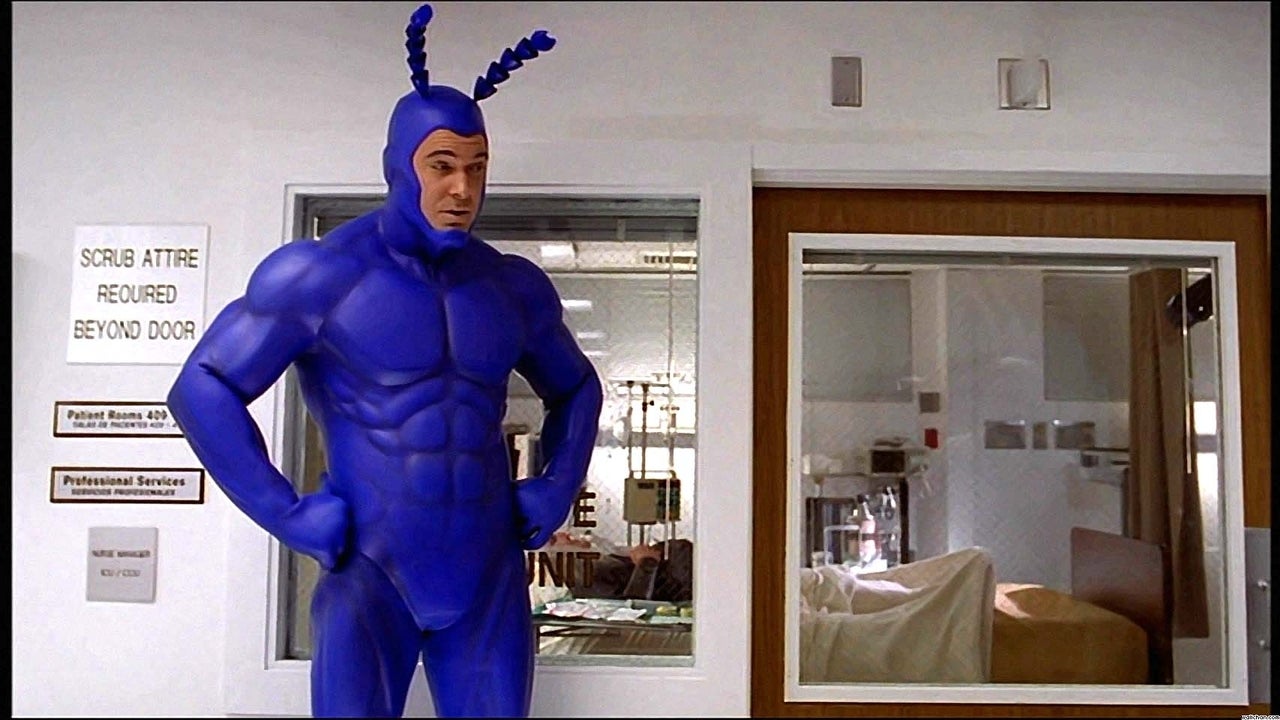 Patrick Warburton's short-lived, live-action version of Ben Edlund's The Tick will be revived by Amazon, with Warburton remaining in the lead, according to People.

The series followed the success of Edlund's animated series but lasted just a single, nine-episode season on FOX. Last year it was offically released on DVD and can be streamed on Amazon now.

The site lists the DVD as being out of print, but Mill Creek Entertainment is still offering it for under $10, as are some Wal-Mart stores if you just can't wait for shipping. A previous version of the DVD, still offered inexpensively on Amazon if you don't mind a used copy, featured commentaries and other special features that didn't carry over to the Mill Creek version.

Warburton has frequently been cited by fans as "perfect casting" for any number of superhero roles due to his size and voice, although his age and having gained some weight are often cited in rebuttal. For The Tick, though, such things are not much concern. The series is a parody of all things superhero and having Warburton a little older and thicker around the middle will likely just be fodder for more jokes.

Edlund will write and produce the revived series, according to People. Sony, who produced the original run, remains attached in that capacity.

If true, this is the second major Sony television series in just a few months to get an unorthodox digital revival: NBC's Community is coming to Yahoo! Screen in 2014 after five seasons on traditional broadcast television.

Whether any of the rest of the series' original cast, which included a pre-The Dark Knight Rises Nestor Carbonell a pre-CSI Liz Vassey and David Burke of Chuck and Bunheads, will return is unknown.

The Tick To Return on Amazon