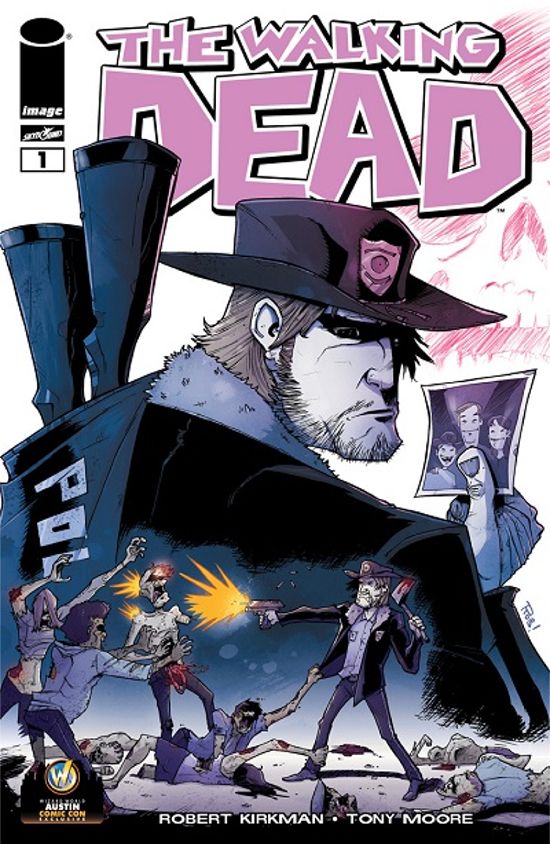 Wizard World has released an image of the eighth in a series of exclusive Wizard World variant covers of Robert Kirkman's The Walking Dead #1 comic. The latest cover is by Eisner Award-winning artist Rob Guillory.

The variant cover comic book will be provided for free to all full-price attendees at Wizard World Austin Comic Con, November 22-24 at the Austin Convention Center. Wizard World and Skybound, Kirkman's imprint at Image Comics, have teamed to produce the line based upon the Eisner Award-winning groundbreaking comic book series and best-selling graphic novels written and created by Robert Kirkman.

Guillory is the co-creator and artist for the New York Times Best-Selling Chew, which won the Eisner Award for Best New Series in 2010 and for continuing series in 2011. The Lafayette, La., native, has also worked on popular independent projects such as Teddy Scares and Popgun Anthology and is a favorite at Wizard World events.