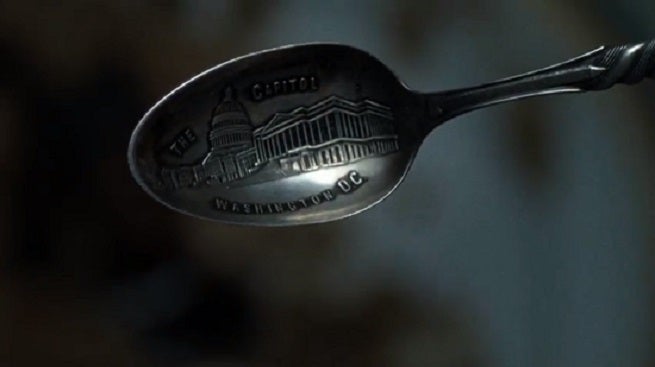 Spoilers ahead for the midseason finale of AMC's The Walking Dead.

With over 50,000 signatures on a petition to bring her back to AMC's The Walking Dead following her recent death, and comment threads all over the Internet filling up with toxic infighting between factions of the show's fandom, it now appears as though Beth Greene is officially the most polarizing element of TV's hottest show.

As part of the petition and its accompanying protest, fans around the country have apparently started mailing plastic spoons to AMC and The Walking Dead executive producer Scott Gimple in the hopes that something tangible will be noticed more readily than signatures on a virtual petition.

This isn't a new strategy, of course; fans have sent physical objects to shows in the hopes of getting them un-cancelled before. The most famous example was another post-apocalyptic drama, CBS' Jericho, which was cancelled and then revived after fans sent more than 50,000 pounds of peanuts to CBS' New York offices.

The recent death of Brian Griffin on Family Guy has often been discussed in this same breath, with some suggesting that angry viewers, a petition and social media pressure caused showrunners to resurrect the smart-mouthed family dog...but producers maintained (and production timetables back this up) that his return was always planned. Indeed, most viewers were skeptical of a major character dying in an episode that revolved around time-travel.

Spoons, in the case of Beth, were chosen because of a Season Four episode that saw the character discover a collectible spoon with "Washington D.C." on it. As her sister and brother-in-law were at that point en route to D.C. (via Terminus), some fans took the spoon as a sign that Beth's story was meant to continue.

Among those who believe the character should not have died in the midseason finale, there are a number of reasons offered as to what happened, ranging from political ("she was 'fridged' to further Daryl's story") to fanservice ("she was killed because she was seen as an obstacle between Daryl and Carol") to pragmatic ("she died because they wanted to kill someone in the mid-season finale and picked her more or less at random").

Whatever the case, the rest of Season Five has already been filmed, so any move to bring her back -- either in-story or as part of a flashback or fantasy sequence -- would have to have been made before the petition ever launched, or it will have to wait until October 2015.