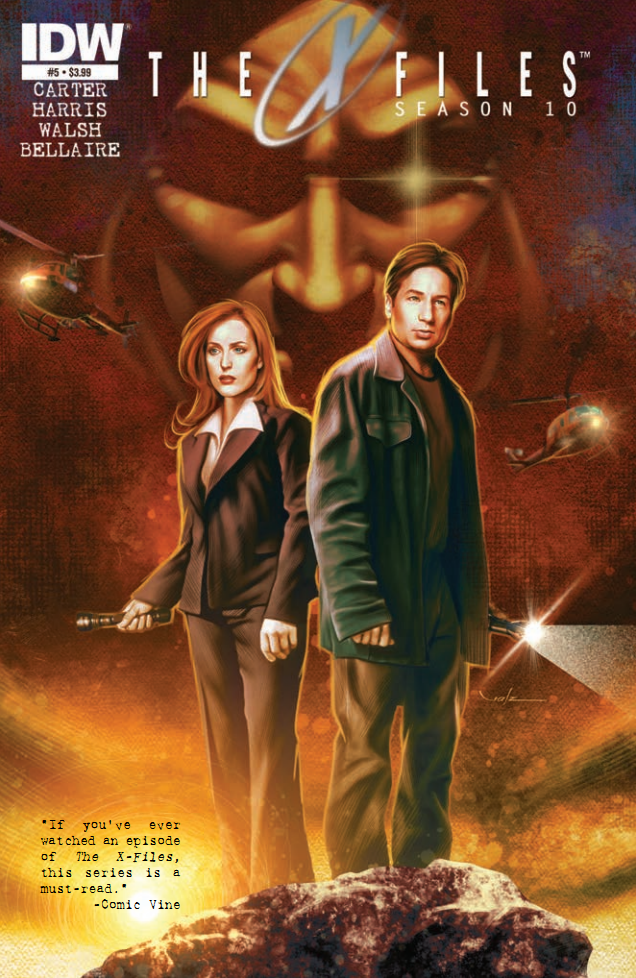 Yellowstone National Park may be closed as part of the U.S. government shutdown, but that doesn't stop FBI Agents Mulder and Scully from wrapping up some business they've got there--or at least below there--in the fifth issue of The X-Files: Season 10, which wraps the title's first arc "believers" and is due in stores tomorrow.

IDW Publishing have released a preview of the issue, which you can see below.

Coming up, writer Joe Harris has teased more stand-alone stories built in with the mythology issues, as well as the return of fan-favorite "monster of the week" (now month) Flukeman. There's even some rumblings about a crossover between The X-Files and some of IDW's other big, licensed properties on the horizon...!

“Believers,” Part 5 of 5: The sense-shattering conclusion! Reunited at last, Mulder and Scully pursue the Deacon deep beneath the surface of Yellowstone National Park. Also in pursuit are the telltale black helicopters of the FBI, but are they friend… or foe? 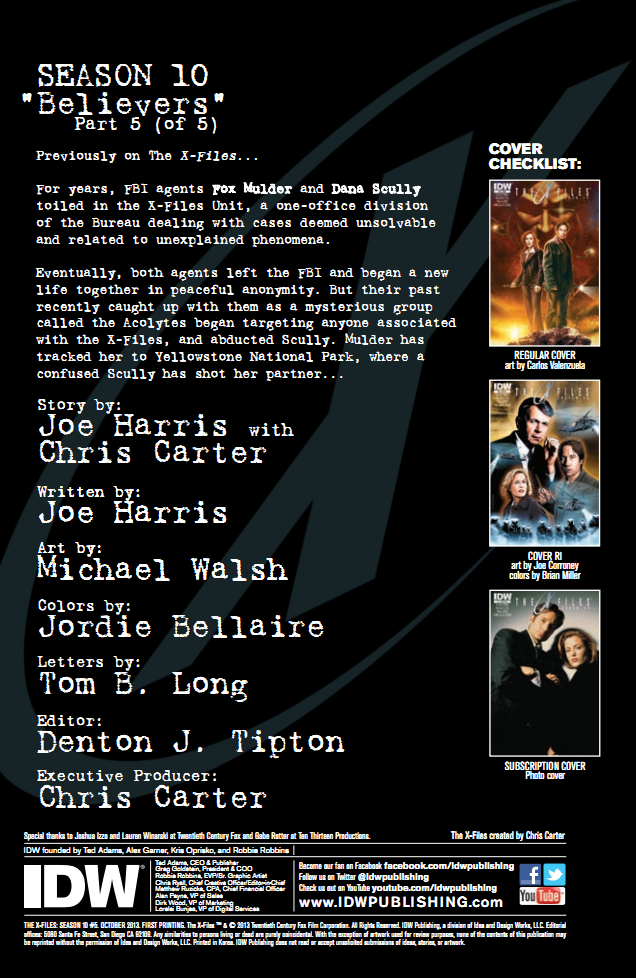 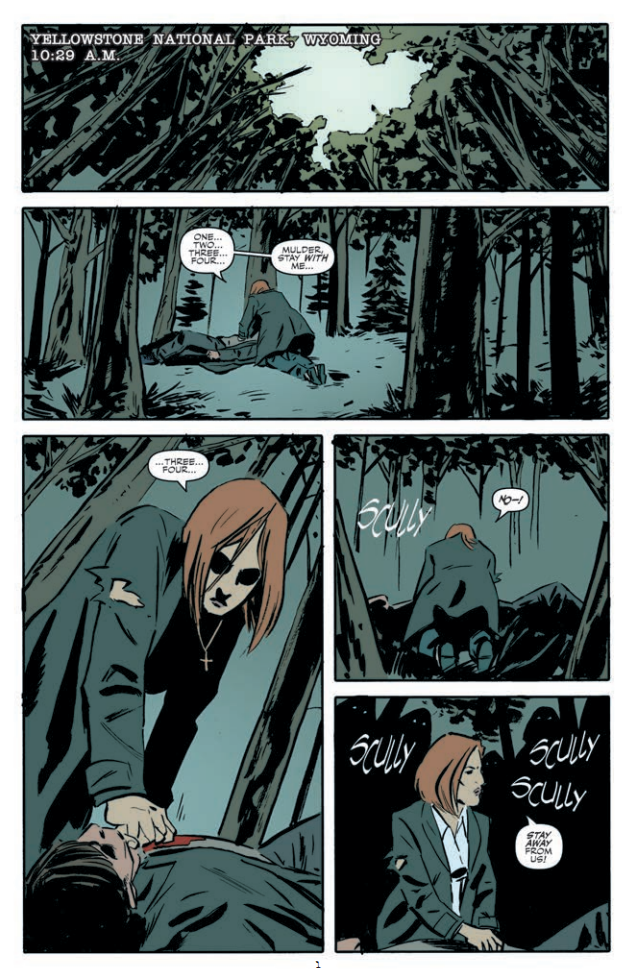 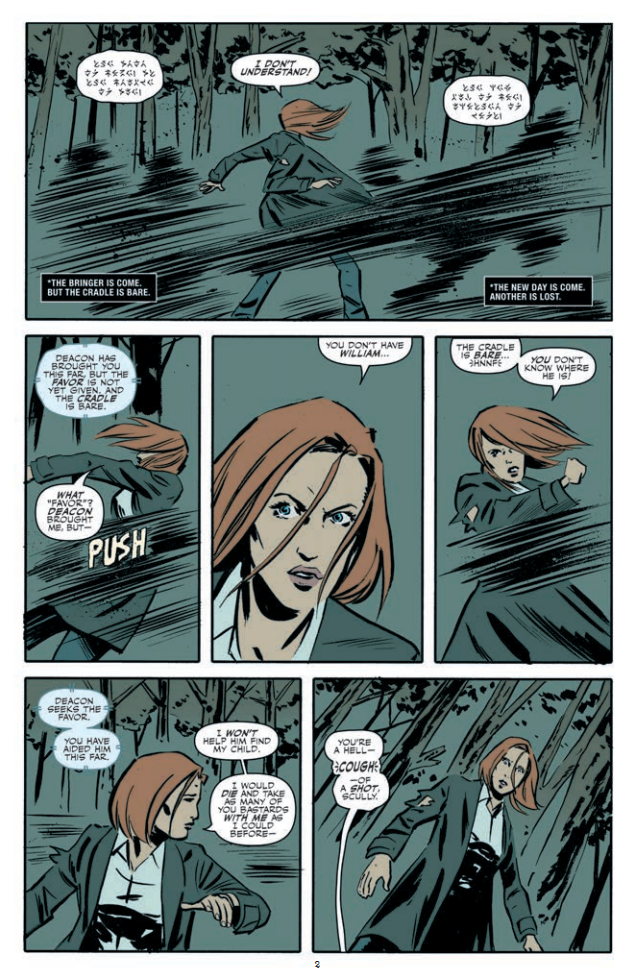 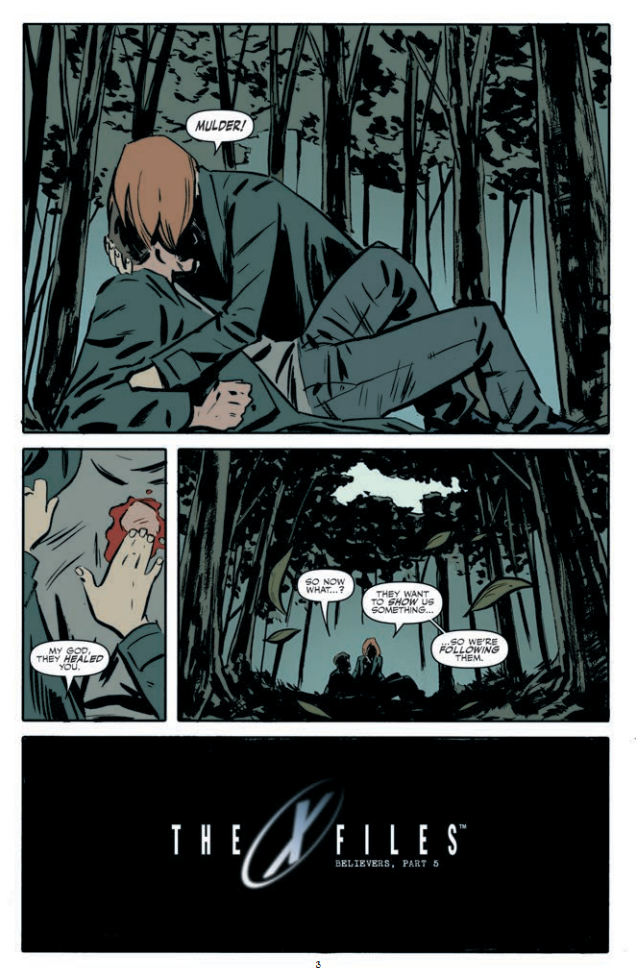 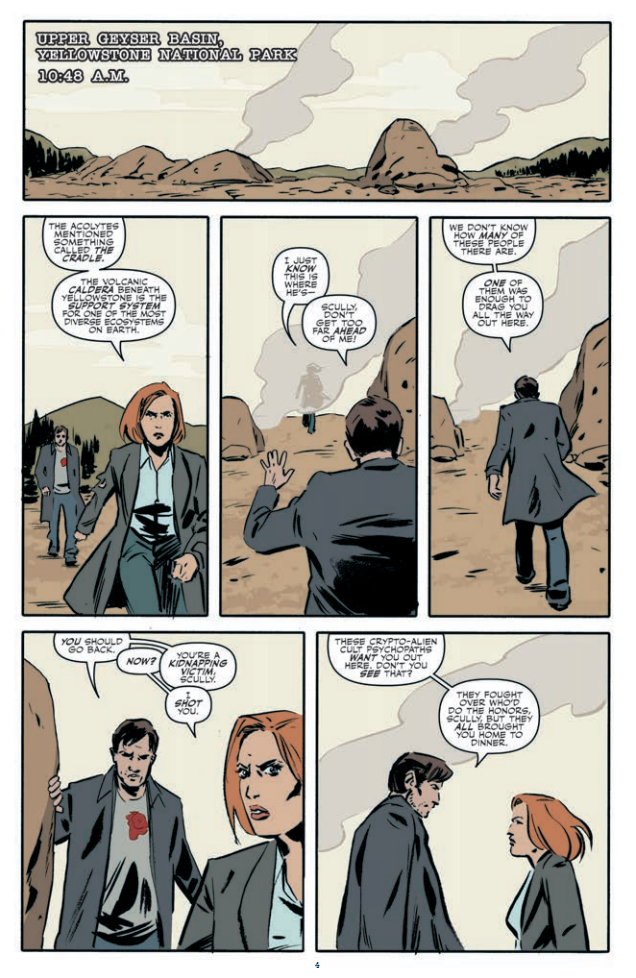 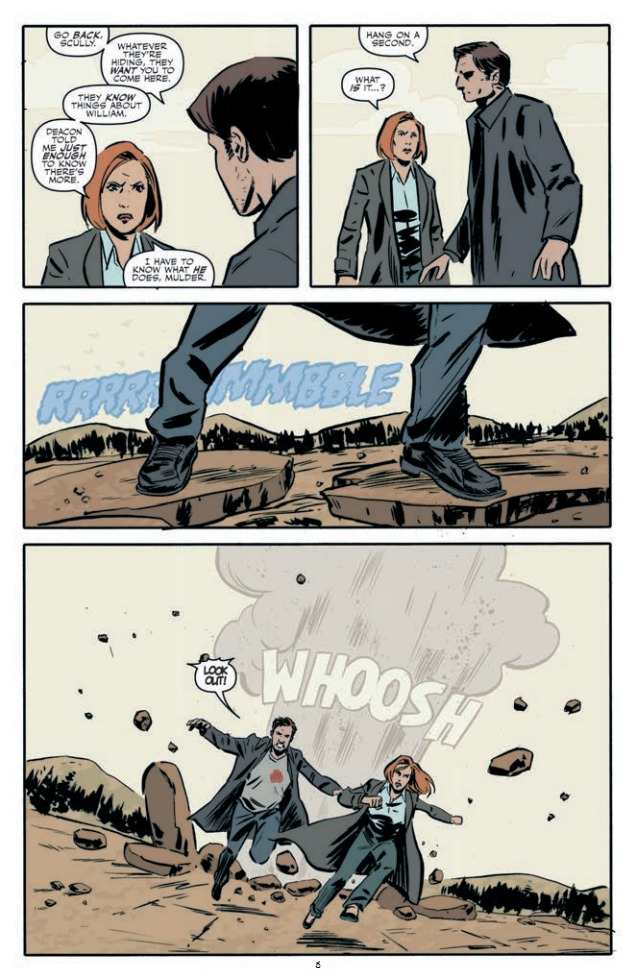 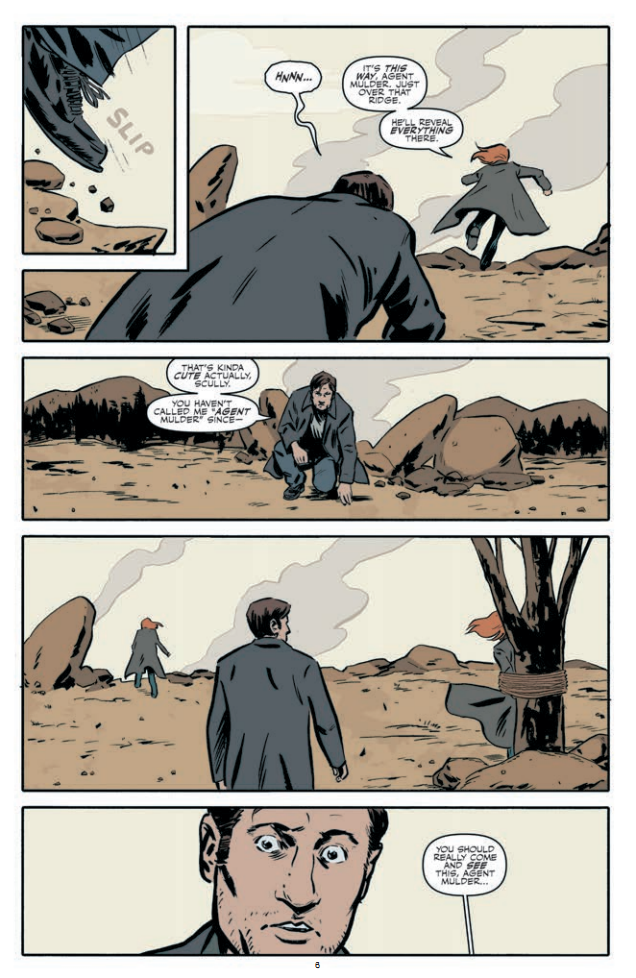 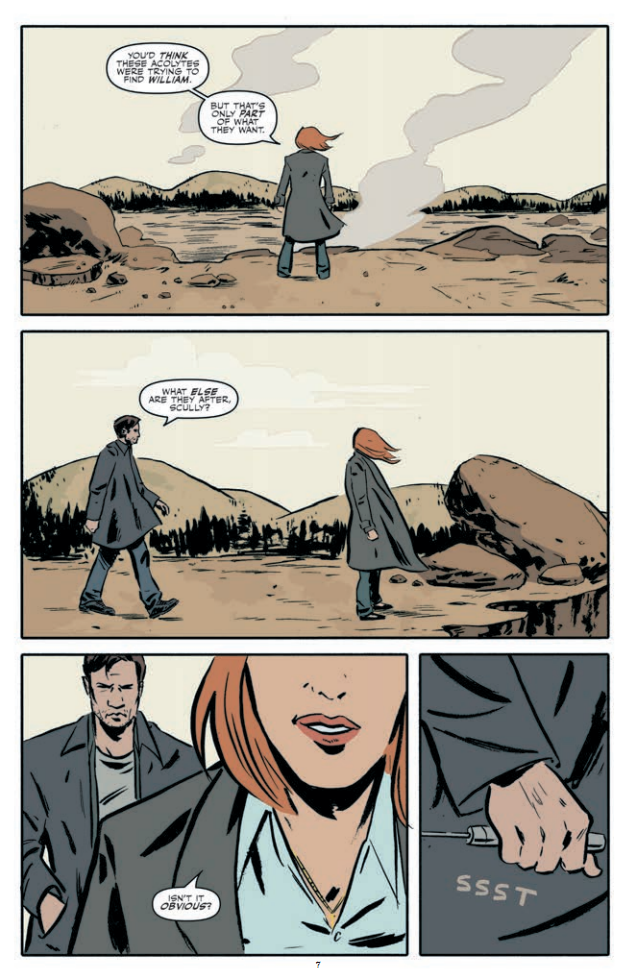