With Booster Gold's pilot script set to be delivered in August and Arrow hitting the CW in October, DC Entertainment seems to be getting their act together on TV, even while their most notable and moneymaking film franchise winds down with the release of The Dark Knight Rises last week. There have been rumors of The Spectre and Deadman coming to the small screen as well, and NBC probably still has the rights to Wonder Woman if they wanted to try again after the aborted David E. Kelley version last year. But as we know, not every comic book translates to films or television. Many modern superhero comics rely on the interconnected universe that DC and Marvel provide in order to thrive or, in some cases, even make sense. Here are our picks for five DC series that could easily make the jump to TV. You'll notice not a lot of tights and big-budget cosmic effects in this lot, and that's on purpose—not only are those films difficult to get greenlit (see Wonder Woman), but often, they have a very specialized audience and don't last for very long, or worse last a while but turn into a gigantic mess when there are too many cooks in the kitchen trying to justify that budget (see Heroes). These are shows that we could see stepping off the page and onto the TV screen with minimal changes to the source material and appeal to as broad an audience as possible. 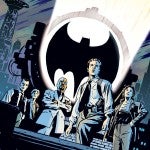 Gotham CentralLike: CSI The Pitch: Gotham's cops starring in a police procedural where the clues may be corrupted by a villain who can cause his victims to freeze, or to rot. A dark, gritty look at the people who have a job so hard and so dangerous that they're alternately treated as cannon fodder, or so overwhelmed that they have to turn on that bat-signal they hate so much. This is the most obvious one, in that ever since it hit the comic book stores, people have talked about reinventing Gotham to reflect this series onscreen. It wouldn't really work on film—unlike Powers, the creator-owned series that Gotham Central is sometimes compared to, this series rarely had epic, sweeping stories that feel like something you could make a movie out of.  That said, it's a little too smart and complex for most TV networks and might be better suited to something that no longer exists: the Columbo/McMillain and Wife-style mystery movie of the week. Its Niche: It would likely have to find a home at the CW, because it seems unlikely that Gotham City would be something Warner Brothers would let anyone else play with, but one never knows. With the right combination of money and talent, these things can turn into another animal entirely. 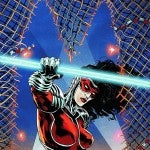 ManhunterLike: Revenge The pitch: One of the most TV friendly properties to come out of DC Comics in a while, Manhunter both thrives on the interconnected universe of DC and doesn't require it to exist—or at least, doesn't require any of the really good stuff. Her costume is made up of odds and ends recovered from dead and defeated heroes and villains that District Attorney Kate Spencer managed to find when she finally snapped and decided that the tights-and-capes crowd weren't getting justice. Her villains in the comics were generally also-rans, since her lethal form of justice precluded writer Marc Andreyko from using anybody who might be missed by the rest of the DC Universe, which acutally works to her advantage on TV because you won't have to contend with characters who have huge, expensive special effects, or with somebody like The Joker who you can't kill and who mainstream audiences already connect to existing characters. Its Niche: Probably FOX, as they've been willing in the past to take a chance on properties like The Sarah Conner Chronicles (a Warner production) but the CW has Nikita, which could be a nice companion to the series. 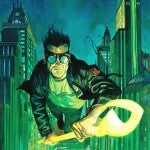 StarmanLike: ...Maybe Carnivale? The Pitch: If Sandman "reinvented comics," then Starman is the only mainstream, ongoing comic that followed its lead. With complex characters, cinematic plots and an ever-escalating series of odd and awesome imagery. It deals with fathers and sons, with responsibility, and it features one of the only superheroes I can think of who doesn't want to be one. Its Niche: This ought to be on HBO. It's as close as I can think of to something like True Blood, with basically novellas interconnected by bonus stories. 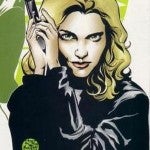 ChaseLike: The X-Files The Pitch: As we've seen in Batwoman, Cameron Chase is not a person to be trifled with. This could work as a great monster-of-the-week-type show with an overarching superhero storyline. Jettison the New 52 continuity and work from the old days where her father and some of his college friends died while trying to be superheores, and you've got a character with a lot of pathos and a logical reason to hate the superheroes she has to work with. Its Niche: Probably FOX; they've got a success with Bones right now and the history with the X-Files, and this would be 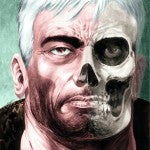 Resurrection ManLike: Quantum Leap, but dark The Pitch: It's like "Dial H For Hero," except with the added wrinkle of a rumination on mortality. Every week, we get to see him trying to accomplish some task while at the same time coping with the fact that he doesn't know how to use whatever new power he gained the last time somebody put a bullet in him. Plus, Body Doubles. Sex appeal and a recurring villain? Win. Its Niche: This is the kind of thing that would work well on FX, or some other second-tier network that specializes in a more adult approach to popcorn storytelling.

Five DC Comics That Should Be On TV