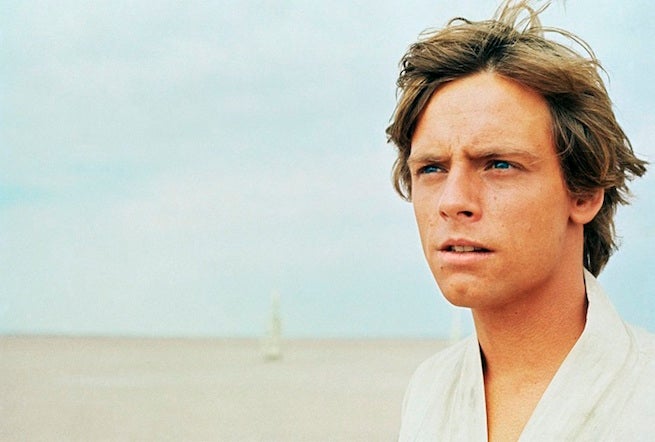 It just wouldn't be Throwback Thursday without a classic 80s mashup. What if Luke Skywalker was Angus MacGyver?

MacGyver starred Richard Dean Anderson, a scientist and an agent for a fictional United States government agency, the Department of External Services (DXS). Resourceful and possessed of an encyclopedic knowledge of the physical sciences, each episode saw him solve complex problems with everyday materials he finds at hand, along with his ever-present duct tape and Swiss Army knife. He prefers non-violent resolutions and prefers not to handle a gun.

The widely popular series ran from 1985 to 1992 on ABC. Two television movies, MacGyver: Lost Treasure of Atlantis and MacGyver: Trail to Doomsday, aired in 1994.

Thirty years after helping to defeat the Galactic Empire and his father Darth Vader, Jedi Master Luke Skywalker faces a new threat in The Force Awakens which lands in theaters, Dec. 18, 2015.

Throwback Thursday: What If Luke Skywalker Was Really MacGyver