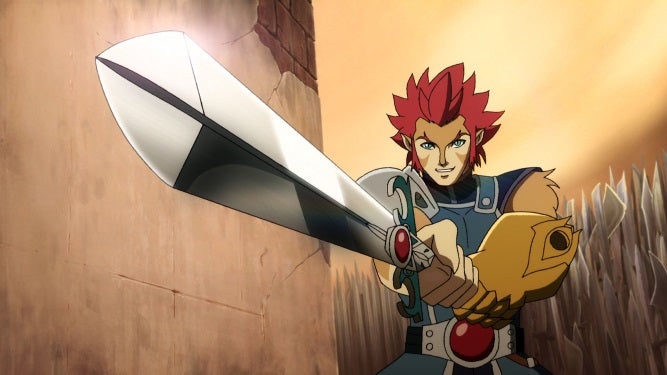 Warner Archive Collection has announced that it is bringing the 2011 re-imagining of the classic action cartoon, ThunderCats, to Blu-ray. ThunderCats: The Complete Series collects all 26 episodes, in 1080p HD, in one volume.

After the destruction of the cat civilization of Thundera by the evil Mumm-Ra, young Prince Lion-O (voiced by Will Friedle) leads a small band of survivors to safety. As the threats of Mumm-Ra ring in their ears, these determined cats know what they must do: find the Book of Omens. Using his powerful Sword of Omens, Lion-O guides his friends, facing vicious foes and making fantastic new allies while racing towards a showdown with Mumm-Ra (Robin Atkin Downes).

ThunderCats: The Complete Series, and other offerings from Warner Archive Collection, can be found at wbshop.com.