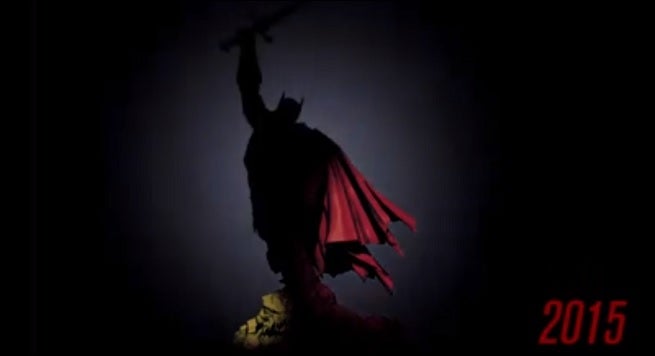 Spawn is coming back to your statue shelf in 2015, creator Todd McFarlane announced via his Facebook page on Christmas Day.

While he didn't confirm it, the silhouette and bits that he revealed in the video embedded below certainly appear to be a statue of Medieval Spawn.

Check it out, followed by an image of the character: 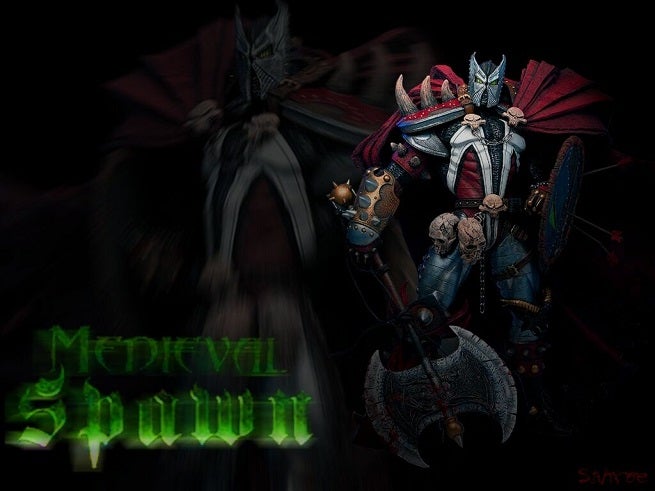 As McFarlane suggests above, Medieval Spawn is one that fans have been waiting for, for a very long time.

Sir John of York, as his name suggests, this was a Hellspawn of a medieval era. He was a knight who fought during a civil war in England and was released from service to Henry II after he and three others mistakenly killed the Archbishop of Canterbury, believing that they were acting on the king's behalf.

Sir John was then killed by the King's bodyguards as he approached King Henry for forgiveness while on the battleground.

He was returned to Earth several years after his death following his deal with Malbolgia. While seeking redemption for his sins, he was killed by Angela.

Although that last part probably won't make it into any future retellings.

Angela's rights currently reside with Marvel, the end result of a settlement that concluded a decade of fierce litigation between McFarlane and Angela and Medieval Spawn co-creator Neil Gaiman. One of the results of the case was that Medieval Spawn, once one of the most popular and profitable characters in the Spawn family, has been largely out of circulation since the late '90s.

We'll keep our eyes peeled for the actual statue when it's revelaed in full.