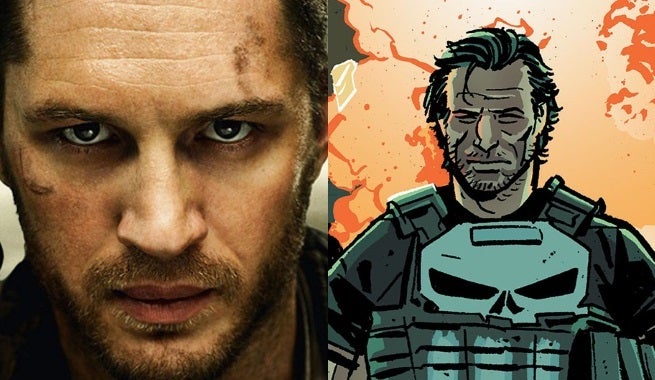 Tom Hardy may have dropped out of Suicide Squad, but he still hopes that a superhero universe role is in his future.

Speaking to Collider, the Mad Max: Fury Road star says I would love to take on Marvel's The Punisher.

I heard Warner Bros. has a few more superhero movies, maybe one or two that they're developing [Laughs].

You as Punisher could be very interesting.

But I actually think that adds to the character.

HARDY: Frank Castle, I would love it. Is that him, isn't it?

Hardy has already played a role in a superhero movie, as Bane in The Dark Knight Returns, but it sounds like he's more interested in a leading role now, perhaps something more heroic, or a least antiheroic.

Or maybe Hardy is just interested in being part of a large cinematic universe. Marvel Studios did regain the rights to the Punisher, and Daredevil showrunner Stephen S. DeKnight has already said that he'd love to see the character brought to Netflix for a "rated R" style outing. Whether or not any of that is in the cards remains to be seen.