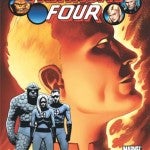 – Marvel Comics gave us several deaths in 2011, but Human Torch was one of the biggest. Having inspired two movies, Fantastic Four can be considered one of Marvel's most well-known comic book titles. To kill off the Human Torch and relaunch the entire series as FF was one of the biggest Marvel moves of the year. Of course, Human Torch returned along with the return of the Fantastic Four title with issue #600, but it was controversial while it lasted. 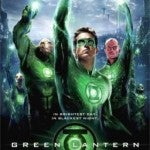 – With a reported $200 million+ production budget and an extensive advertising campaign, all eyes were on Green Lantern to become the next breakout comic book movie. With elaborate special effects and a big name star in Ryan Reynolds, the movie had a lot going for it. Unfortunately, the critical reviews were awful and the movie failed to connect with the mainstream public. Green Lantern limped along to just $116 million at the box office, placing it well behind Thor, Captain American, and X-Men First Class. 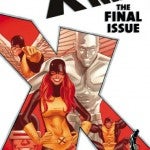 8. Uncanny X-Men Ends And Relaunches – It's the one X-Men series that you thought you would never see end. While DC Comics might have ended the run of all their comics, Marvel Comics ended the run of one of their most popular titles. Fans were shocked when Marvel Comics announced that Uncanny X-Men would be coming to an end with issue #544, as a result of the events of X-Men: Schism. Of course, Marvel Comics immediately relaunched Uncanny X-Men with a brand new series starting over at issue #1. It will be interesting to see if the new numbering holds or if Marvel eventually reverts back to the old numbering. Then again, Marvel might pull a DC and relaunch their entire line in the coming months, which would mean yet another Uncanny X-Men #1. 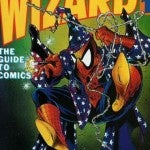 – For twenty years, Wizard Magazine was the leading magazine covering comic book news. It helped shaped and redefine the comic book industry, and its coverage reached into pop culture, movies, and television. The Wizard name of course lives on through the Wizard World Comic Cons, but it looks like the Wizard print magazine is gone for good.For a magazine that many had grown up reading to suddenly cease printing came as a shock to many fans.  It was truly the end of an era. 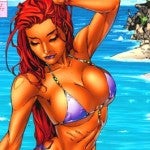 – The portrayal of several women in the new DC Universe as sex objects became a big controversy, but the portrayal of Starfire gathered the most attention. Perhaps, because Starfire is also featured in a popular Teen Titans cartoon, the outcry was particularly loud in regards to the way she appeared and acted in Red Hood And The Outlaws #1. There was a response from a seven year old girl, and then a follow-up response from DC Comics telling fans to be sure to pay attention to the ratings on their comics. 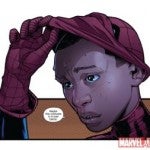 5. Ultimate Peter Parker Dies And The New Ultimate Spider-Man Is Half-Black and Half-Hispanic

– If there is one Marvel character that is untouchable as far as death is concerned, it's Spider-Man. Everyone knows that Spider-Man is the backbone of the Marvel Universe, and there is no way that they would ever really kill off their star player. However, Marvel found a way by killing off Spider-Man in another universe. While some might say this is only the Ultimate version of Spider-Man so it shouldn't count as a major controversy, it's still freaking Spider-Man. The Ultimate Spider-Man had been around for awhile, making it to 160 issues, so it was still a big event. Plus most in the mainstream public understand little about the various comic book universes, so anytime you say "Spider-Man is dead," it becomes a major story. Then, to cap it off, Marvel announced that Peter Parker's replacement would be a half-black, half-hispanic teenager, which resulted in another round of huge media coverage. 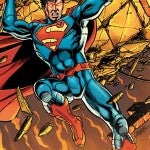 4. Superman Gets A New Costume

– You don't tug on Superman's cape. You don't pull off Superman's red trunks. You don't give Superman a v-neck collar. And you certainly don't plate him in armor. When you mess with the costume of an American icon, then it's certainly going to raise a big debate. There were quite a few other controversial costume changes in the new DC Universe (i.e. Harely Quinn), but as the most well known character, it was Superman who attracted the most attention among the media. 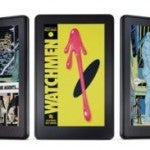 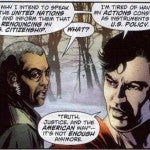 – Unlike most major comic book controversies of the year, this one appears to have been completely unintended. In Action Comics #900, DC Comics ran a back-up story where Superman threatened to renounce his U.S. citizenship. While the story was apparently intended as just another take on the man of steel outside of regular continuity, the story caught fire in the press, and people who likely hadn't read comic books in years weighed in on how Superman parting with the American way likely signaled the end of days. 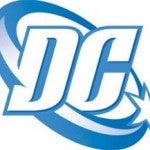 – Every comic publisher knows that killing a superhero is a great way to attract the attention of the press, but DC Comics found an even better way to attract the attention of every media outlet in the U.S. DC Comics announced plans to kill and relaunch their entire line of comic books. When you take comics like Action Comics that have been published for seventy-three years and renumber them, then you are truly creating a once in a century type event. The DC Comics relaunch was by far the biggest controversy of 2011.

The Lord of the Rings Mechanical Keyboards Launch From The Drop