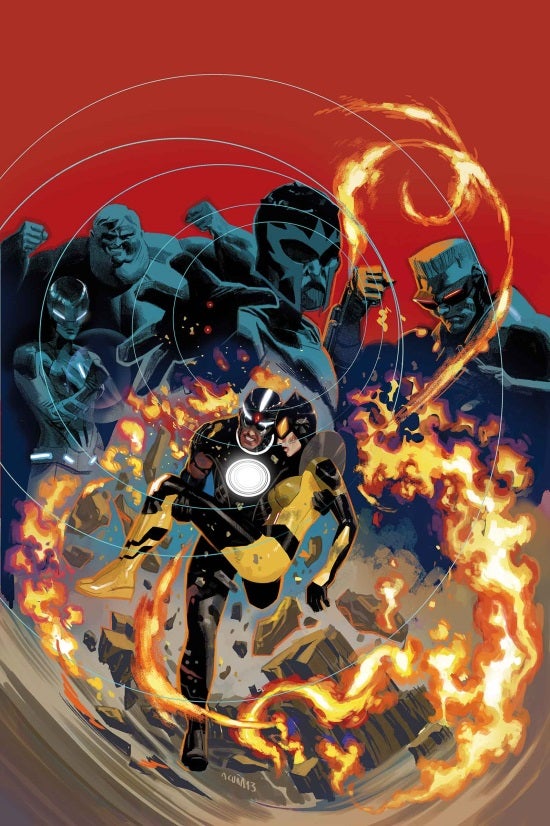 Marvel Comics has released a preview of Uncanny Avengers #18.NOW, a new jumping on point for the series that begins its next story arc, "Avenge the Earth." The story takes place on Planet X – the new mutant homeworld. Torn from their home, Homo Superior has begun anew away from a world that hates and fears them. Life is great – assuming you possess the mutant gene! Janet Van Dyne, the Wasp, stands alone as the last remaining human being alive. Now, she fights for her life against Magneto and his All-New X-Force! Magneto's dream of mutant superiority almost in his grasp – he'll stop at nothing to exterminate the last of humanity once and for all! But they'll have to get through the Wasp's husband Havok first! And the leader of the Uncanny Avengers won't go down that easily! "It's been a long time coming—more than a year in the making!—but we're finally at the big epic climax of Rick's mega-arc," says Executive Editor Tom Brevoort. "As readers have reacted to the startling events of the past few issues, wondering just how all of this can possibly be happening, we've known all along that the real shockers were yet to come! And Daniel Acuña's depictions of Planet X are so fully-realized and so amazing that you'll want to buy a condo there yourself (if you happen to be a mutant!)" "It's not too late for readers to get on board for the most amazing finale they'll read all year! And they'll need to, if only to feel well-informed and ready when—but I've said too much!" What has happened to the rest of the Uncanny Avengers? Who survived the Apocalypse Twins cataclysmic plot, and how? Find out when Avenge the Earth kicks off in UNCANNY AVENGERS 18.NOW this March! UNCANNY AVENGERS #18.NOW (JAN140687) Written by RICK REMENDER Art & Cover by DANIEL ACUÑA Variant Cover by IN-HYUK LEE (JAN140688) Deadpool Variant by ROB GUILLORY (JAN140689) Animal Variant by KATIE COOK (JAN140690) Captain America Variant Also Available! FOC – 03/03/14 On-Sale - 03/26/14 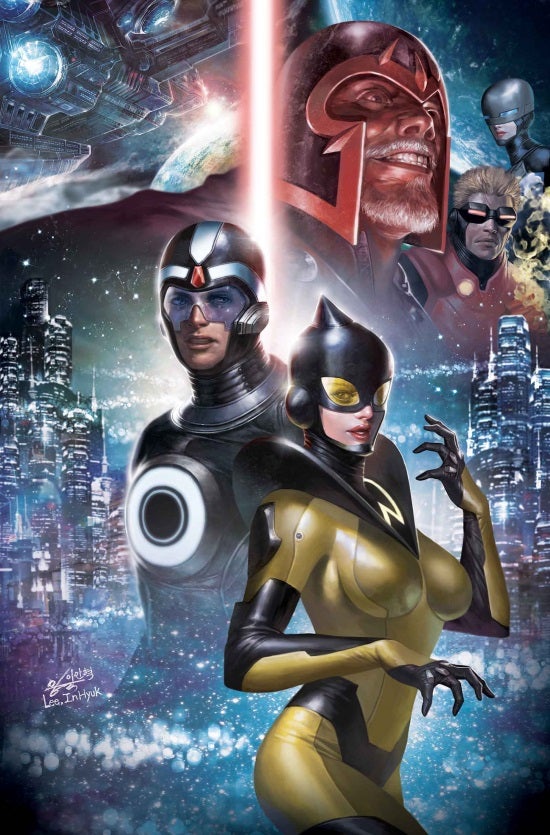 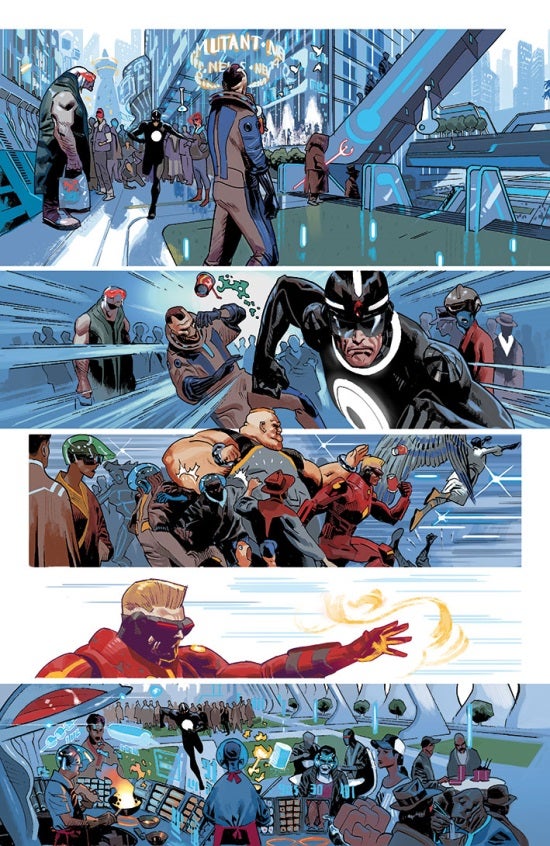 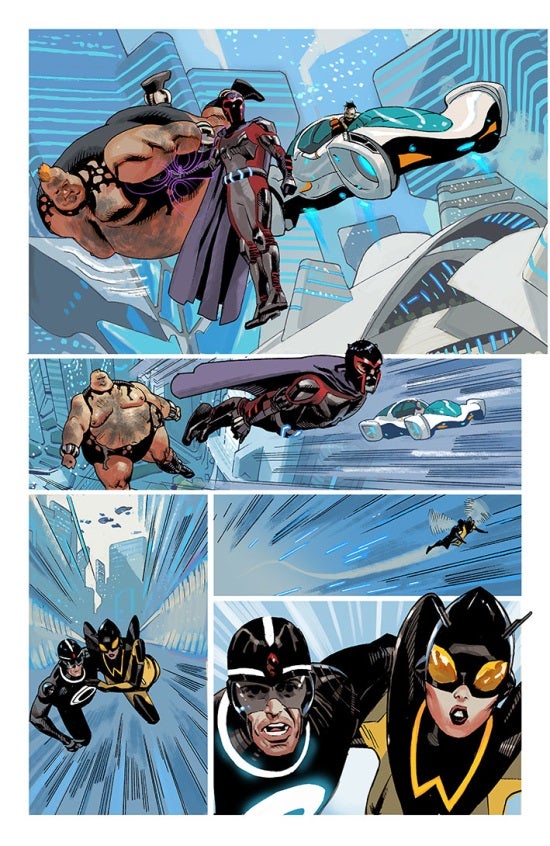 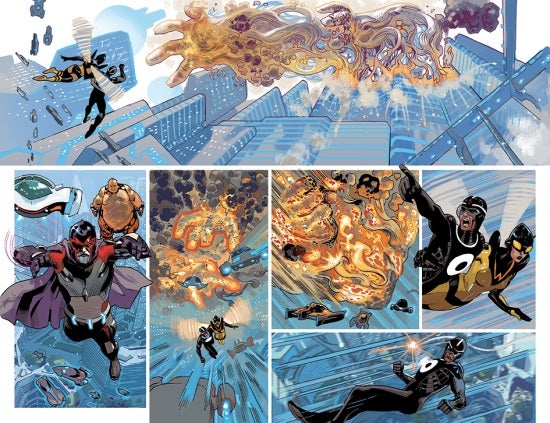 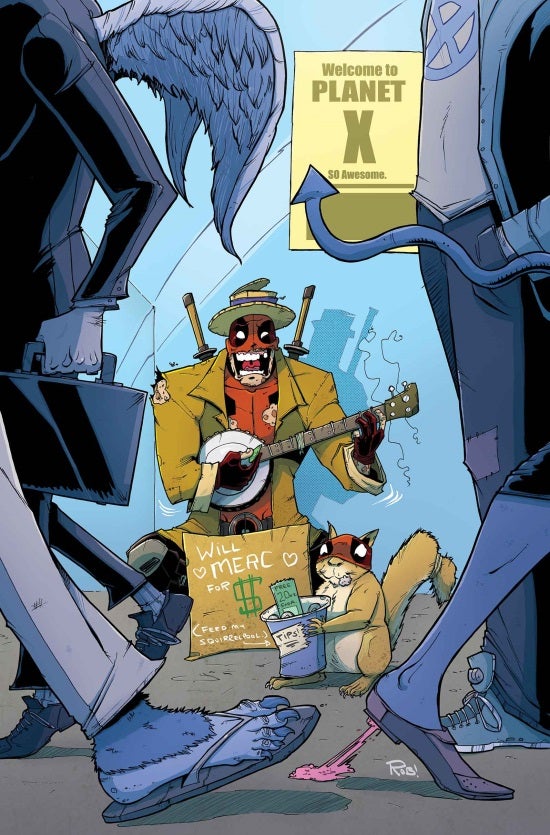 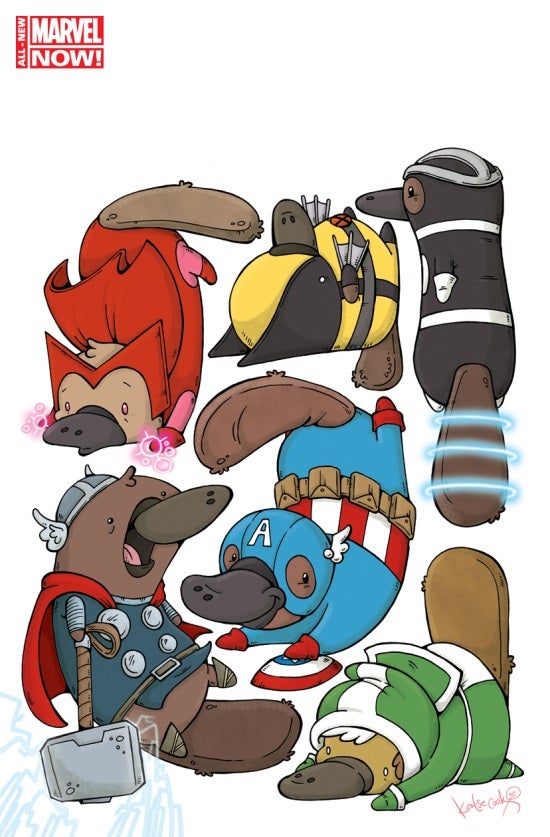