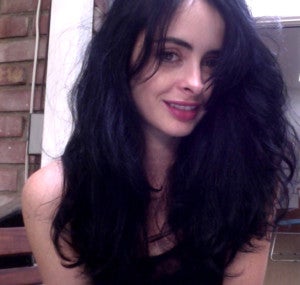 Nobody much will be surprised to learn that Ryan Hansen, who appeared in the original Kickstarter video asking fans to help fund a Veronica Mars movie, has signed on the dotted line to return as Dick Casablancas in the film. Even if he hadn't done the video, his absence would have been more conspicuous than his presence considering how significant his character was to the series and the fact that he went on to make Party Down with showrunner (now director) Rob Thomas.

Below, you can see a message from Hansen, thanking the Kickstarter backers for their support and expressing his excitement for taking on the role again.

"Over the last few days, our cast members have been meeting with the costume designers. We’re almost finished scouting locations and planning out our shots," Thomas wrote. "And this afternoon — no spoilers — we’ll spend some time finalizing the stunts and special effects for an important scene. Our production team has now grown to more than 85 people, each working around the clock to bring Veronica back to life. Next week, it will be even more."

Production starts on Monday, and in addition to Hansen the director announced that Krysten Ritter would be coming back to reprise her role as Gia in the film. The Breaking Bad and Don't Trust the "B" in Apartment 23 star has made a big name for herself outside of Thomas's work, and seems arguably the biggest "get" of the casting process.

"Veronica Mars has a special place in my heart because it was my first big acting job and it was also one of the most lovely on-set experiences you could ever ask for," Ritter wrote. "This will truly be an awesome shoot, not only because we all get to be reunited (can't WAIT!) but because of the revolutionary way this all was able to come to life!"