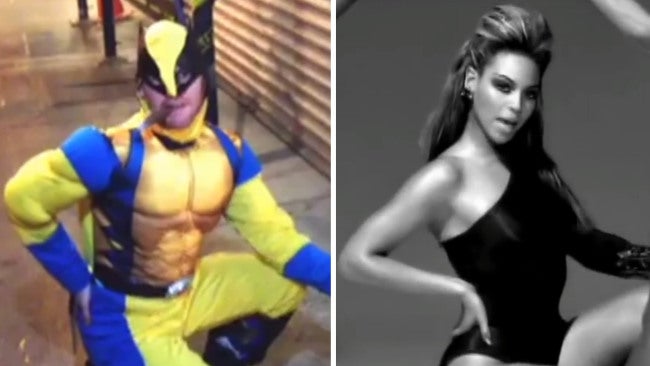 Wolverine doesn't hesitate to tell friends and foes alike that he's the best at what he does. Apparently what he's best at is is channeling his inner Sasha Fierce.

A YouTube video of a man dressed in a Wolverine costume dancing to Beyonce's hit Single ladies has gone viral. In the two days it's been posted, the video has received over 400,000 views.

2014 has proven to be a busy year for the popular superhero. In addition to paying homage to iconic pop divas, Wolverine and his fellow X-Men broke box office records with X-Men: Days of Future's Past; the latest installment in the live action X-Men film series. In comics, the mutant superhero's days may be numbered in the Death of Wolverine storyline. With Logan's healing factor burned out, enemies from his past are coming out of the woodwork to eliminate him once and for all.

The video was posted by acting duo, Matt Weiss and KC Comeaux, also known as the Sunnies who are based in New York City.