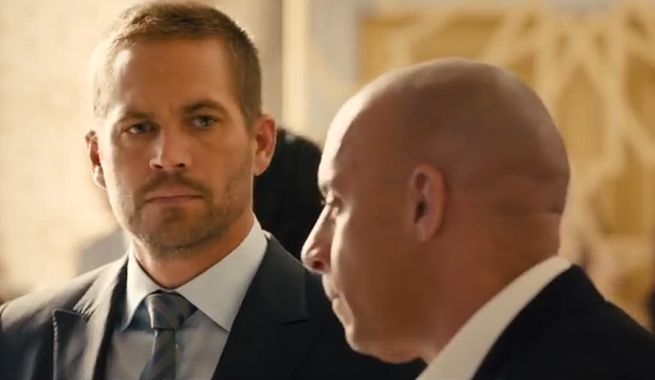 On November 30, 2013, Paul Walker died in an automobile accident. Just a few days before Walker’s death, he was on the set of Furious 7 with his co-star and friend Vin Diesel.

In a new interview with Variety, Vin Diesel recalled the final conversation that he had with Walker. The two had just shot a scene where Diesel’s character Dom appeared lifeless after performing a “semi-kamikaze” stunt to save his friends.

The scene got Vin Diesel thinking about the possibility of his own death. After the scene, Diesel paid a visit to Walker’s trailer. Diesel told Walker, “If I do die, let them know what kind of brother I’ve been to you.” Walker then gave Diesel a hug, and they each went their separate ways.

After Walker’s death, Diesel was so devastated that he wouldn’t leave his house and wondered if he could ever finish the film. Eventually, Diesel realized, “I thought what Paul would really want me to do was finish it. So that’s what I did.”