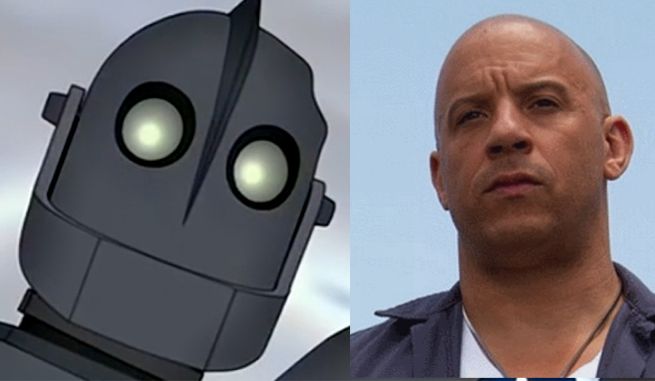 Last year was The Iron Giant's 15th anniversary, but many of you didn't even realize it because Warner Bros. never made any real attempt to mark the occasion. There have been rumors that at some point Warner Bros. will re-release the much beloved animated film in theaters.

Director and co-screenwriter Brad Bird (Tomorrowland) was asked if there was any truth to those rumors. "Listen, Warner Bros. and I have danced on and off for the last decade," Bird told Collider. "There was going to be a 5-year-thing; there was talk about it being in 3D at one point. Then there was talk about reformatting it for IMAX or whatever. Discussions keep happening, but I think something will happen fairly soon. They know that people have a fondness for it. They don't know exactly how to deal with that beyond maybe a Blu-ray or something like that. And I keep saying, "You know, you did it for Wizard of Oz and you did it for Blade Runner. I think you actually can do it." And I think they're kind of coming around to that idea. I'm trying to find the best way to support something like that."

Listen to Brad Bird's full comments in the video below.

The Iron Giant (1999) - Something humongous is among us! A young boy rescues a huge robot which has rocketed to earth from space - and tries to protect the genial giant from a nosy government agent and the military. A captivating animated feature that's part metal, part magic and all heart.

Vin Diesel's The Iron Giant Might Get A Theatrical Re-Release