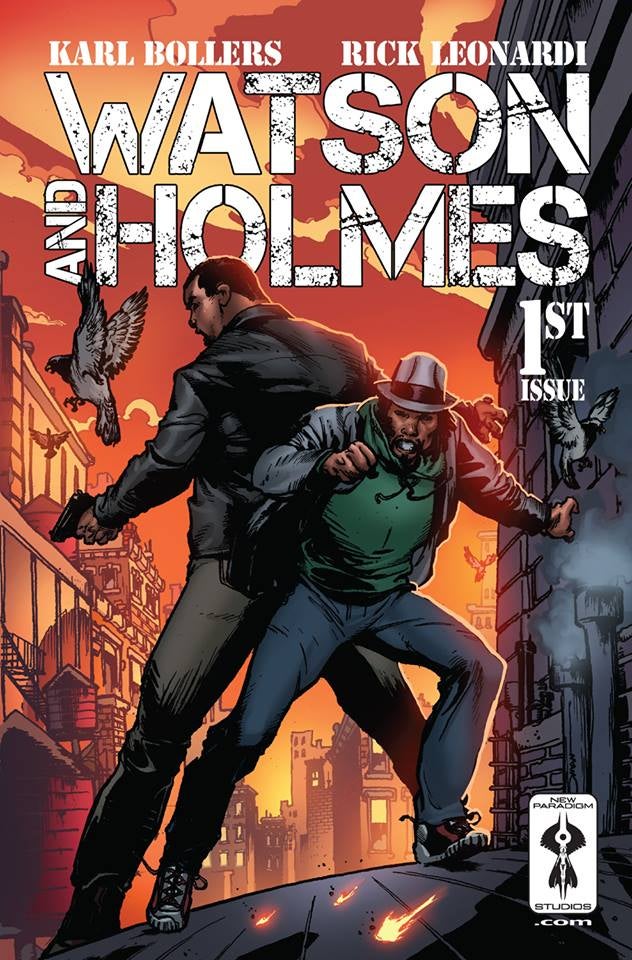 New Paradigm Studios announced today that the series has been optioned and will be developed as a live-action property at Feather Films.

No further infirmation was available as of this writing. The message went out to Kickstarter backers who funded a Watson and Holmes print edition back in 2013 (previously, the comic had been digital-only).

"We are happy to announce that New Paradigm Studios has reached an agreement with Feather Films to develop Watson and Holmes as a live action property," the studio wrote in a message to backers. "We will have more news in the coming weeks, but we wanted to let you guys in first in the news."

From writer Karl Bollers and artist Rick Leonardi, Watson and Holmes is billed as the first African-American Sherlock Holmes series. According to the Kickstarter page, it is "a re-envisioning of Sir Arthur Conan Doyle's Sherlock Holmes and Dr John Watson as African Americans living in New York City's famous Harlem district. Watson, an Afghanistan war vet, works in an inner-city clinic; Holmes, a local P.I. who takes unusual cases. When one of them ends up in Watson's emergency room, the unlikely duo strike up a partnership to find a missing girl. Watson And Holmes bump heads along the way as they enter a labyrinth of drugs, guns, gangs and a conspiracy that goes higher and deeper than they could have imagined."

The series launched in 2013 and has been a success for New Paradigm, selling well in digital markets and generating a lot of buzz. Comics legend Walter Simonson produced a cover for #1 that is exclusive to the Kickstarter-funded print edition.