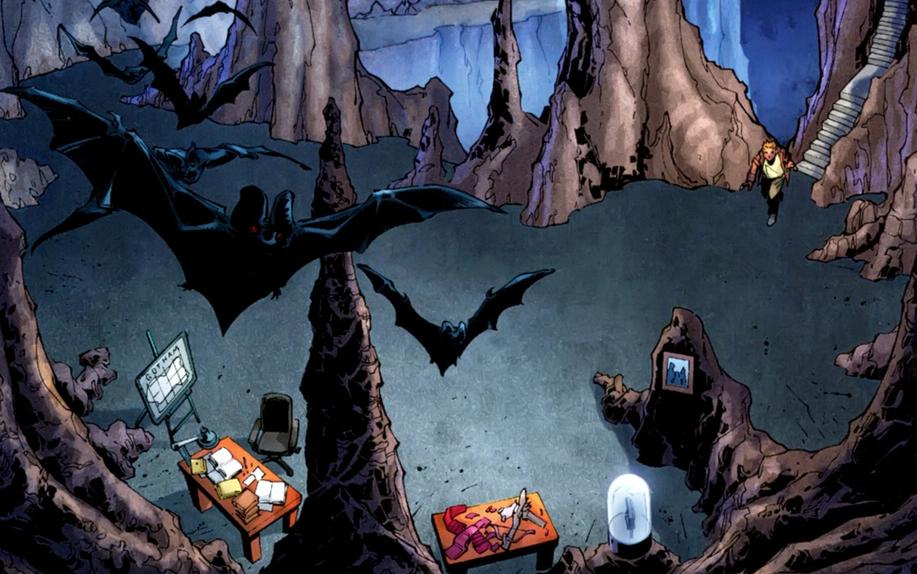 Warning: Spoilers ahead for tonight's episode of Gotham.

For weeks now, producers have been teasing fans with the prospect of Wayne Manor's iconic batcave appearing on Gotham this season.

We saw tonight that it didn't appear -- exactly -- but that there was a giant clue for those in the know (which, since this is Batman, means pretty much everybody).

What's arguably the most interesting aspect of the Batcave tease at the end of the season is that whatever is down there was put together by Bruce Wayne's father, Thomas Wayne, who was keeping it -- and whatever he was doing below the house -- secret from his family.

Of course, that isn't the first time recently we've seen him in the Batcave; in both Flashpoint and Earth 2, alternate universe versions of Thomas Wayne turned out to actually be Batman and served their time in the cave just like Bruce did in the main universe.

In all likelihood, Gotham will give us some proto version of the cave (maybe like the Flashpoint version above?) in order to set up Bruce with a base of operations as our pre-pubescent Batman starts working with Lucius Fox next season...!

What Does the Gotham Finale Tell Us About The Batcave?