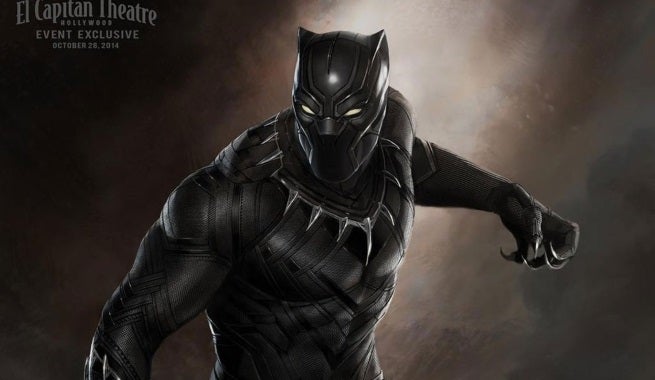 Black Panther will make his Marvel Cinematic Universe debut in Captain America: Civil War, and apparently he's on the hunt.

According to Heroic Hollywood, T'Challa will be searching for The Winter Soldier, Bucky Barnes. The reasons are still unknown. Bucky was a brainwashed Hydra assassin. Perhaps, now that the Winter Soldier has reemerged, T'Challa is looking for retribution for a past assassination. If that's true, T'Challa's father could have been the mark.

In #CaptainAmerica #CivilWar, the #BlackPanther is on the hunt for #TheWinterSoldier. Can you guess why? #First #HH #HeroicHollywood #marvel #marvelcomics #marvelstudios #marvelmovies #marvelmonday

Or perhaps, more mundanely, The Winter Soldier trespasses into Wakanda without invitation. He may need repairs on his cybernetic prosthetic arm. As far as I remember, the movies haven't established what material the arm is made out of. Perhaps vibranium? If not, Wakanda is still a nation of scientific advancement, so he may have gone that way to acquire the expertise of their scientists, forcibly, if nothing else.

Who Is Black Panther Rumored To Be Hunting For In Captain America: Civil War?

Miles Teller Reveals He Switched From Xbox to PlayStation

Tom Hiddleston Reflects on Filming Loki During the Pandemic