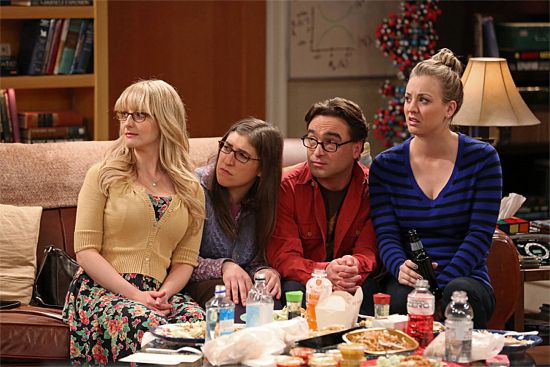 On Larry King Live, The Big Bang Theory stars Mayim Bialik and Melissa Rauch fielded questions from fans on social media, including one asking which character on the show would have the first baby.

Of course, with it taking three years for two certain characters to share the first kiss in their relationship, it doesn’t seem like anyone is in a real rush to start having children.

Bialik and Rauch also answered questions regarding how they deal with fame and which of them is a better singer. You can see the whole video below.

Who Will Have The First Big Bang Theory Baby?