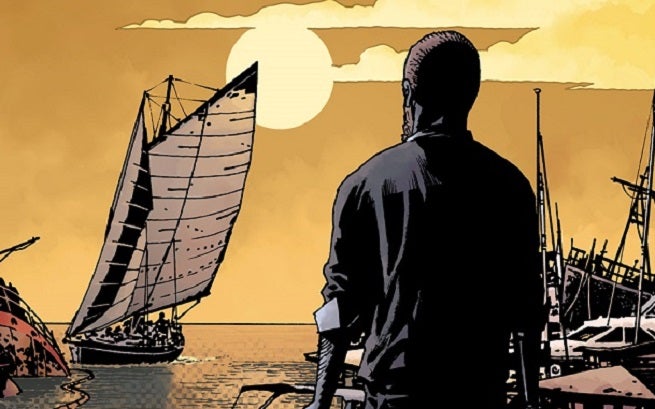 Skybound Entertainment has released solicitation information for March's issues of The Walking Dead from Image Comics.

The cover art for #138 and #139 of the hit zombie drama both bring memorable images that are pretty far out of the ordinary for The Walking Dead. The first depicts what appears to be a new addition to the Whisperers who some fans in the comments are speculating could be Carl.

Introduced in The Walking Dead #130, The Whisperers are a group of survivors who disguise themselves with walker skin to blend in and not get noticed.

The second features Rick Grimes watching as someone makes their way out to sea.

Obviously, it could just be that they're doing a glorified "run," but the nature of the shot certainly makes it seem like this person is moving on from the area, and it's arguable the way Rick (and just Rick) is standing there watching suggests Carl, who has been undergoing a lot of change and teenage rebellion since the recent time jump.

That's an interesting move for Kirkman to make; as a big fan of Savage Dragon, a title which has already been taken over by the son of the original lead, it's seemed for a while like Carl would ultimately end up as the title character. Seeing him sail off into the sunset while our point-of-view remains with Rick is an interesting move...although the suggestion that the world of the series will expand again tells us we'll likely stay with him a few pages a month.

Also, that we'll get to see a few locations outside of the southeastern United States -- something the series has never done before, but that the TV spinoff is rumored to be doing -- is interesting. While it's unlikely we'll see any stories or characters in the comic that will inspire the second TV series, what it does do for Kirkman is give him a chance to be the voice that defines the look and feel of the rest of the world.

You can see the solicitation text below. 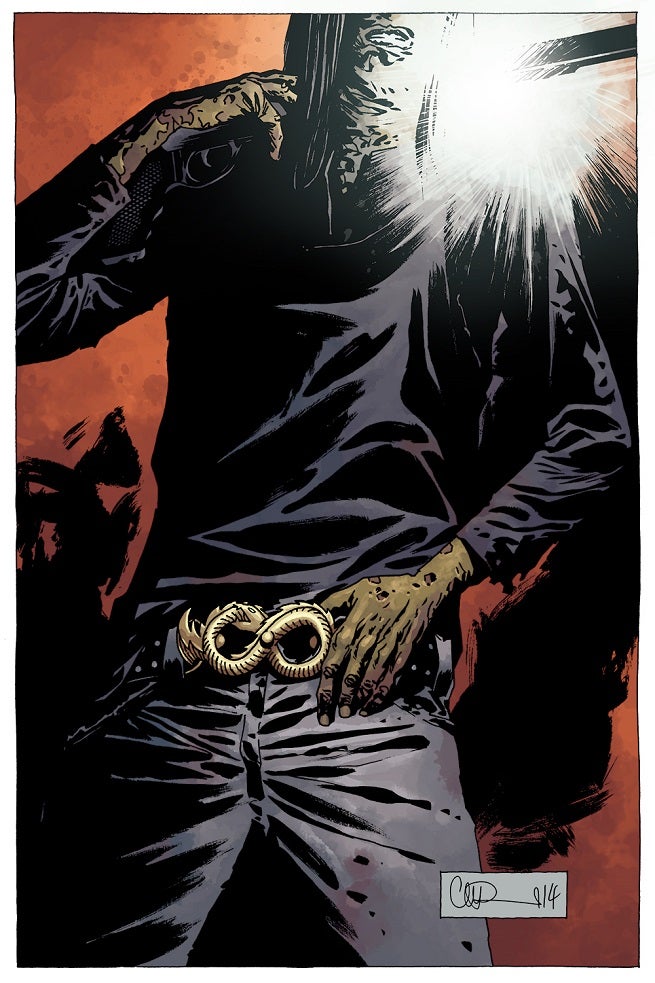 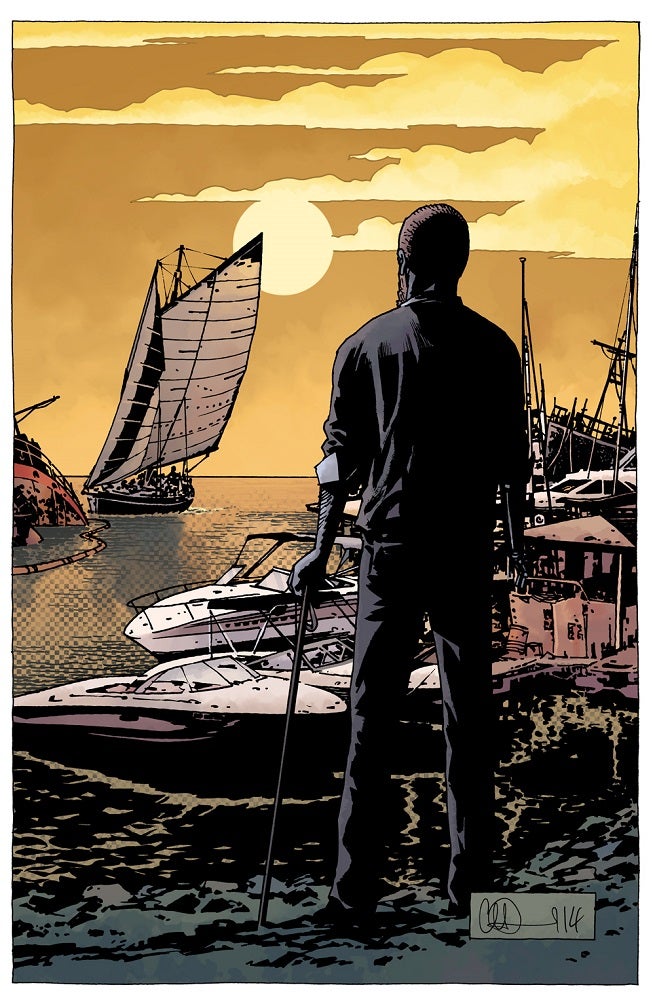 FROM THE EDGE OF THE WORLD
A new arc begins as our world gets even bigger.

Will The Walking Dead Say Good-Bye to Carl in March?