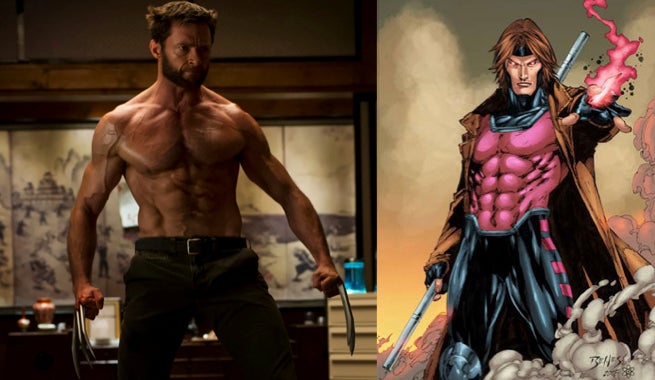 Potential plot and casting details for X-Men: Age of Apocalypse have hit the Internet, giving fans the most detailed description of the upcoming X-film yet.

The updates come from a casting call for the film's Quebec production location. While the casting agency's description of the film could have stemmed from rumors instead of actual word from Fox Studios, it does provide a possible road map for the film's overall direction. And if the casting call's words are to be believed, it looks like Apocalypse will indeed include Hugh Jackman's Wolverine and Channing Tatum's Gambit.  Just cross our claws and playing cards that this description actually holds some truth.

If you would like to be part of the X-Men: Apocalypse Starring Jennifer Lawrence – Movie Casting Call in 2015 please read the info below:

It has all lead to this. All of the battles (both outside and within the group), action, relationships and time travel that the uncanny X-Men have endured have lead to this, their biggest story ever – X-Men: Apocalypse. Following the universe changing events of 2014's X-Men: Days of Future Past comes this epic mutant adventure and with it a number of casting opportunities for performers of all ages.

X-Men: Apocalypse will follow the super powered mutants battling their most powerful foe yet, the devious and devastatingly dangerous Apocalypse. This legendary villain uses his incredible abilities to alter his physical form, access other mutant superpowers and telekinesis to recruit a cult-like group called the Four Horsemen to be his servants and do his bidding in an all out war against the X-Men.

So what say you, readers? Do you think there's any truth to this casting agency's description? Let us know in the comments.