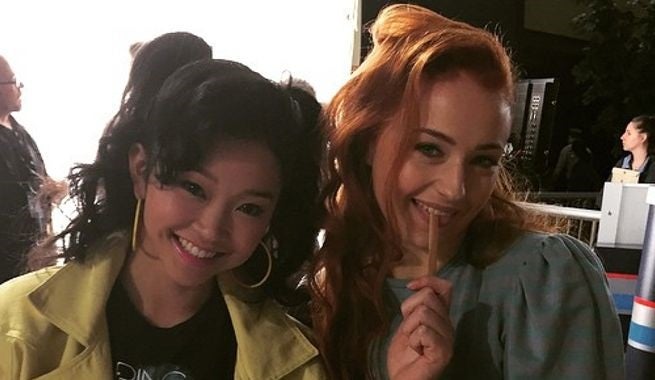 Director Bryan Singer has released a new photo from the second day of filming on the set of X-Men: Apocalypse, featuring Lana Condor (Jubilee) and Game of Thrones’ Sophie Turner (Jean Grey).

Condor is sporting Jubilee’s trademark yellow coat, though, instead of a trench coat, it’s more of a leather look, in line with the film’s 1983 setting.

Turner isn’t wearing anything that would really qualify as a costume, but that red hair definitely makes her recognizable as the X-Men’s Marvel Girl.