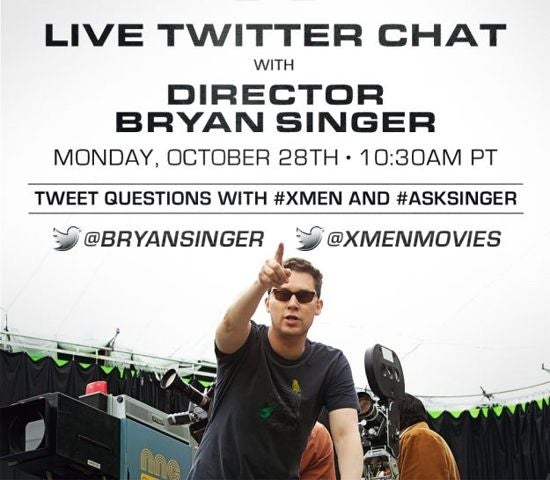 2oth Century Fox has just announced that X-Men: Days Of Future Past director Bryan Singer will be answering fan questions during a live Twitter chat. The Bryan Singer question and answer session is set to begin on Monday, October 28, 2013 at 10:30 AM PT/1:30 PM ET. To ask a question, users have been instructed to use the hashtags #XMen and #AskSinger.

X-Men: Days Of Future Past Director To Answer Fan Questions